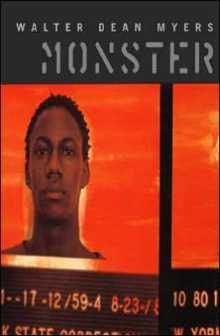 The New Deal Program That Rewrote America
The New Yorker
As a new bill makes its way through Congress for a new Federal Writers Project, this article reflects on the FDR administration’s version in the 1930s.

Censorship on the Rise Worldwide
Publishers Weekly
According to a recent report by the International Publishers Association (IPA),  847 instances of censorship occurred in 2020 in a host of countries, including France, Iran, Serbia, Russia, Belarus, China, the United Kingdom, and the United States. Government authorities were responsible for 55 percent of the books that were censored.

Internet Archive Seeking 10 Years of Publisher Sales Data for Its Fair Use Defense
Publishers Weekly
In response to the copyright infringement lawsuit filed last year by Hachette, PRH, Harper Collins, and Wiley against Internet Archive, IA attorneys are seeking monthly sales data for all books in print by the plaintiffs dating back to 2011. They claim IA needs the data to support its “fair use defense”  by demonstrating that providing scanned digital copies for free to IA readers “had little or no effect on commercial performance.” But the publishers told the court that such a sweeping request is onerous and goes beyond what the case calls for in regards to discovery. No date has yet been set for the court to hear both sides’ argument in the discovery motion.

‘A Publisher’s Worst Nightmare’: How Cuomo’s Book Became a Cautionary Tale
The New York Times
After paying Andrew Cuomo a $5 million advance for American Crisis, his book about the pandemic, it has only sold 22,000 copies to date. Now Governor Cuomo has resigned and Penguin Random House is not sure what to do next.

I’ll Take My Characters to Bed: Walter Dean Myers on His Writing Process
Literary Hub/Goodman Media
The late Walter Dean Myers turned to writing as a kid due to a speech impediment. In his 45-year-long career, he wrote more than 110 books.  His accolades include the Margaret A. Edwards Award for lifetime achievement in writing for young adults, two Newbery Honors, the American Library Association Best Book for Young Adults, and a five-time winner of the Coretta Scott King Award. Myers explains his writing routine in this video from Goodman Media.