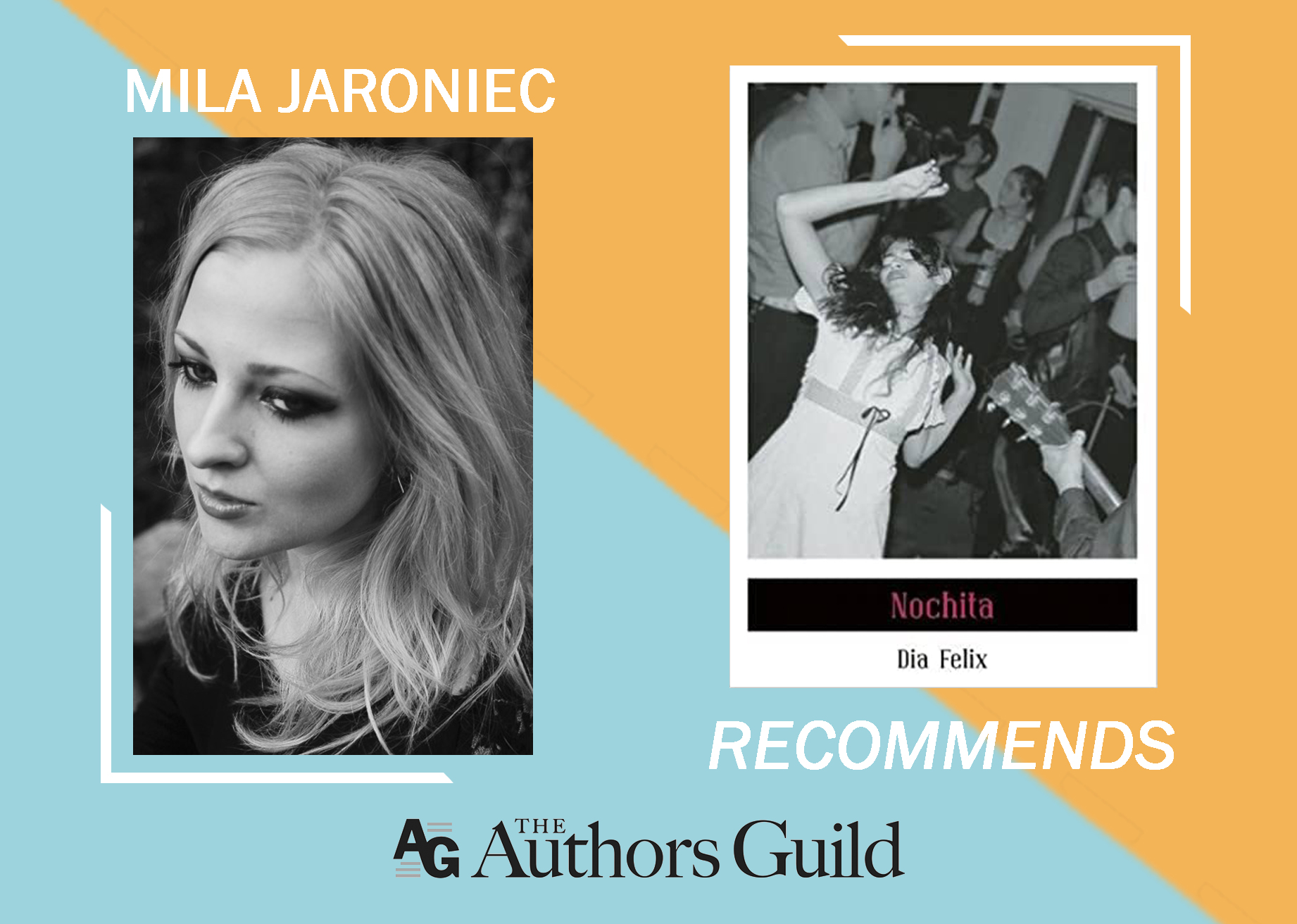 Hallucinatory, cinematic, written in dimension-bending childspeak from the perspective of a New Age guru’s untamed, semi-prophet daughter, Dia Felix’s Nochita is an imagist coming-of-unage odyssey composed of short scenes—photographs—depicting the unraveling and self-discovery of the book’s title character from age seven on, from being sent to live with her alcoholic father and his intolerable fiancée following her mother’s death to running away and forging her road ahead in the dangerous sparkling underworld of California.

In the vein of extra-sensitive displaced daughters à la White Oleander, with the crystallized hyper-perception at the center of The Bluest Eye, Nochita is singular, resonant—her pictures get under your skin and stay there; more than lines embedded, here are things you’ve seen before, numbed and fallen away with the process of becoming adult. Against writers who make a phalanx of accuracy and precision, Felix delivers synesthetic gut-sense in a visual pile-on that picks up and turns over your sense of being human, dirt and M&Ms and kundalini shakti, written by a gifted seer whose inner child is alive and screaming: “Holy fucking fuck! This is not an apocryphal scenario! There is actual blood! Like if you were hurt! You fucking drip blood!” Nochita brings it down to the roots.

Fans of Jeff Jackson and Cristy C. Road will connect, as well as fans (or critics) of the cult of American-style wellness that promises salvation at the end of a line of steps. Anyone who’s ever felt rootless, quicksilver, searching for nothing that can be held in the hands and in love with the pétillant unreality of waking life will find something to keep in this book.

Mila Jaroniec is the author of Plastic Vodka Bottle Sleepover (Split Lip Press, 2016). She earned her MFA from The New School and teaches fiction at Catapult.