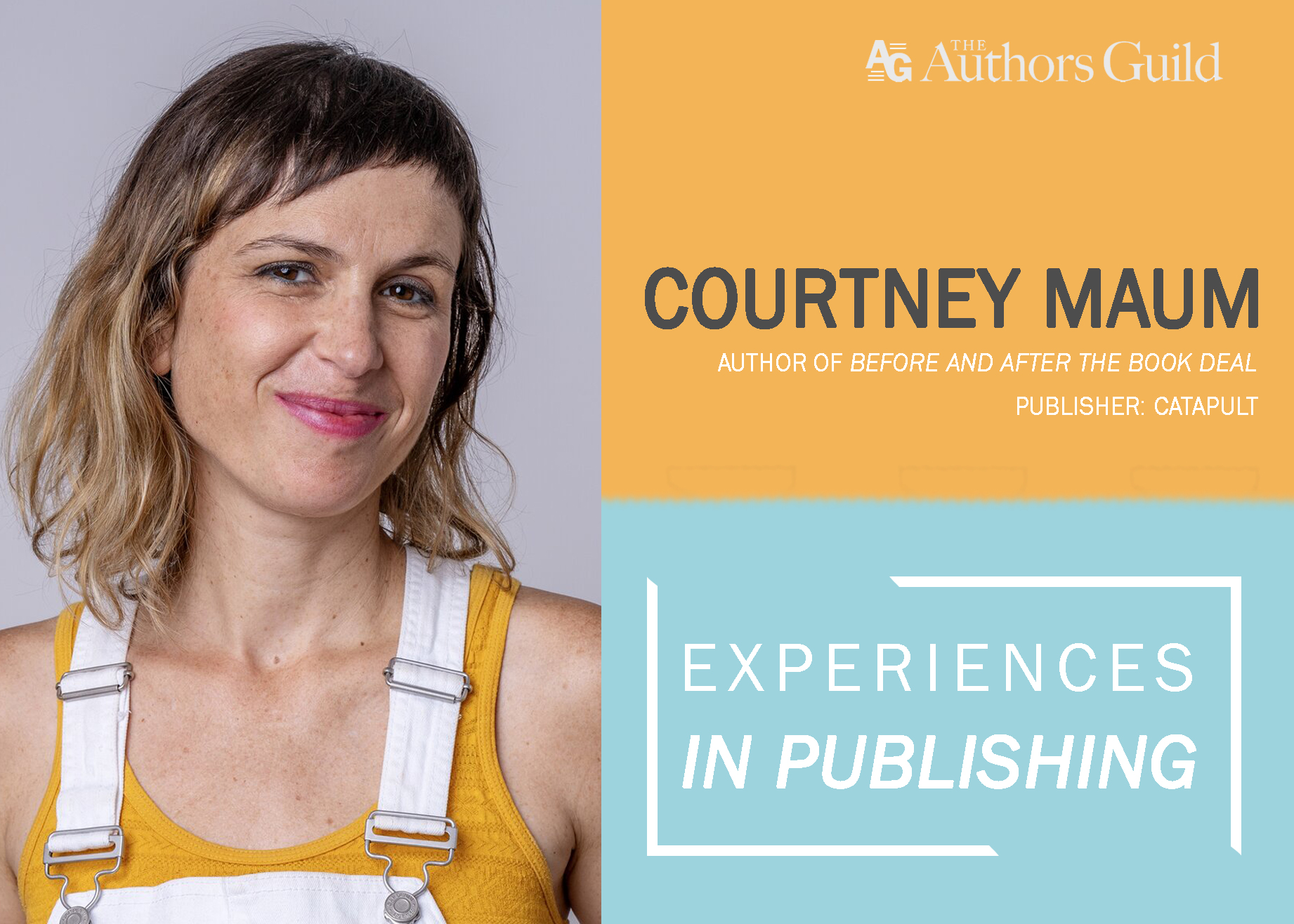 When author Courtney Maum’s novel, I Am Having So Much Fun Here Without You, went out on submission, she had essentially rewritten it 37 times. Her agent, Rebecca Gradinger, had been vigilant. “[She didn’t want] any editor to have a reason to say no,” explained Maum. Many of those rewrites were complete overhauls, essentially a highly exhaustive editing process that culminated into a readymade novel that was quickly sold to Sally Kim at Touchstone (an imprint of Simon & Schuster). Maum’s agent was right.

“The first acceptance was life changing,” Maum said. By the time the book finally sold, she had been working on her writing career for more than a decade. “I was freelancing my brain out,” she remembered. “I didn’t have any health insurance and was absolutely in no place where I could ever write for a living.” The book deal was a crucial step in the right direction, a life of being able to write sustainably.

As is the case with most things, once you achieve it, you begin to wonder if you could do it all over again. “If I can sell one book, is it possible that I can do this all again, and keep writing forever?” Maum proved to make it possible, selling her second novel, Touch, again to Kim at Touchstone. However, this time Maum didn’t go through an exhaustive dozens-and-counting revision process; she worked with Kim from the ground up.

“A lot of support [outside of editing] is the publisher’s support team helping you understand all the things you’ll have to do yourself,” explained Maum, when talking about the other side of the publication process. Marketing tends to be among the scariest parts for an author, especially one that is fresh out the gate with their debut novel.

With all this marketing wherewithal, Maum utilized promotional opportunities like “pitching off-the-book essays, reaching out to your network, drumming up interest and events, posting a lot on social media, pitching yourself as a moderator at festivals…the list goes on and on.”

Beyond that, there was still the mental part, preparing to understand that everything changes once your book becomes a book. “You’re going to be forced out of your cave,” Maum said. “You’ll be forced to ‘show up’ for your book.”

Maum was always keenly organized and interested in taking an active role, so even with her first book, she was glad to see both sides of the process. “You don’t really understand the timeline until you’ve gone through it once.”

Even after having a few books under your belt, it doesn’t diminish the anxiety of publishing a new title. “Oh, it’s bananas,” Maum confessed. “With each book, I feel completely unstable and manic leading up to launch, utterly unsure of where to use my time and energy.” That six-month period is never a calm period, and that’s okay.

This became one of the reasons why Maum wrote the indispensable Before and After the Book Deal, published through Catapult as a volume dedicated to enlightening authors about what to expect during each step of the process, along with crucial do’s and don’ts.

“I’ve become a bit more discriminating with my time and my energy—both of which are diminishing as I age,” said Maum. Nobody has an unlimited well of energy. An author will eventually exhaust themselves. To keep going, and more so to remain focused, you need to continue writing. By continuing to write, Maum has stumbled upon the long tail effect, or seeing her previous books being purchased after readers read her newer work.

“Before and After the Book Deal,” she offered as an example, “even though it’s nonfiction, seems to lead people to my fiction.”

Around the same time the book was sold to Catapult, Maum also sold her third novel, Costalegre, to the Portland, OR based Tin House. “It was different tonally than my first two books, and we went with Masie Cochran,” Maum said. The realization that her books can be different from one another and yet still lead readers of one book to the others acted as a vote of freedom. “My books become ambassadors for my other writing,” Maum explained. They not only bring people to her books but also to her teaching, her book coaching, and the myriad of experience she offers up for consultation.

Over the years, Maum forged a venerable career, and in adapting and learning from each book published, she recognized that publication is different for every author, every book, every step of the way. “When I pivoted to the indies, Rebecca [her agent] and I had a lot of discussions about my career track, my ‘brand,’” said Maum. There is no one “true path.” Though her agent had steered her right in the past, there was this tough decision to be made about where the heart, and passion, for the writing, goes next.  “I said that I needed to take an art-first approach to my career.” Maum mused, “my agent and I don’t always have to agree on everything.”

For Maum’s upcoming memoir, The Year of the Horses, she is once again working with Masie Cochran at Tin House. Book advances from independent publishers tend to be modest, and so the idea of being able to support oneself on a book is less possible with the indies. As Maum says, “It isn’t easy. I have to take on a lot of freelance work to keep my head above water.”

It’s a tough yet respectable choice, to put the art as a primary focus. Her agent might have said no or decided to part ways. Instead, Gradinger supported Maum’s choice. It takes a lot of guts to see the route you want to take and put your foot down. “I love her for that…we’re at a point where I could pitch a hybrid cookbook slash music video to her and she would say, ‘Okay, I’ve got you on this, I’ll follow you there, but can you please write another commercial book soon?’”