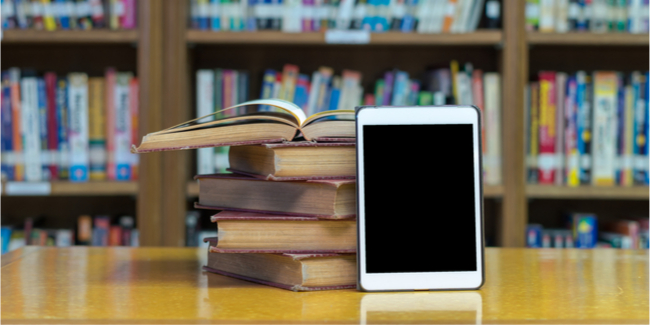 Ebook readership has exploded in recent years, with publishers rushing to release hot titles in digital form in order to reach readers who prefer an electronic read to a paper one. Libraries have adapted to this development as well, purchasing ebooks from publishers to lend along with paper editions. But this would-be symbiotic relationship between ebook publishers and libraries has been unsettled in recent months by publishers seeking to renegotiate the terms.

In June, Hachette announced that it would begin licensing its ebooks to libraries for two-year terms instead of in perpetuity. The first-time licensing fee would be lower than what libraries had been paying for perpetual licenses, with libraries having the option to renew once the two years are up.

Different publishers have used different models for library ebook licensing, including the “perpetual ownership” model, where a library pays a flat, one-time fee to the publisher for access to an ebook, which the library can then lend out for as long as it wishes.

Other publishers have licensed ebooks to libraries for a limited period of time or a limited number of loans. Fees for the perpetual licenses are of course much higher than those for limited use, prompting criticism from libraries over the years. For example, a single Hachette ebook retails for $14.99 for an individual consumer, while the library price is $84. The reason for the higher prices is that the revenue per reader for the publisher (and hence the book’s author) drops dramatically when one considers that a single library ebook could be lent out hundreds of times and generally is read by far more people than the physical library edition. Publishers and library associations have long been in discussion about how to best accommodate the loss of sales due to library ebooks and the inability of many libraries to pay high prices for the e-books they would like to acquire.

Hachette was not the first publisher to reconsider its licensing model for library ebooks. In October 2018, Penguin Random House (PRH) launched a “metered” system of renewable two-year licenses. When announcing this decision, PRH suggested that a cheaper, temporary license is actually preferable for libraries, given that demand for new books is typically highest in the first couple of years after publication. “Most librarians,” said a PRH spokesman, “are telling us they would rather pay lower prices across our frontlists and backlists, in exchange for a copy that expires after a given time period.”

Simon & Schuster also offers a one-year lending term for all ebooks and a two-year lending term for some e-books (mostly backlist), where the second year is half-price. HarperCollins’s model is slightly different. Since 2011, it has offered a 26-loan limit on ebooks, and in 2018, it added a new -book “cost per circulation” option (where the library pays the publisher a small amount each time an ebook is checked out) for some backlist titles.

A new twist in library licensing has recently been introduced into the conversation—“windowing”—that is, delaying ebook licenses to libraries for a period of months after the book’s publication, in the manner that movies are often not made available for television viewing until they have been in theaters for a period of some months. In July 2018, Macmillan announced it was testing a four-month delay window before making ebooks from its Tor imprint available to libraries. With this window, it tested the hypothesis that immediate ebook lending availability cuts into ebook sales and author revenue, leading to “an adverse impact on our ebook sales over a period of time.”

Based on the results of that test, Macmillan announced in July that it was making a formal change to its library ebook licensing program. It will now make one copy of an ebook available upon that book’s release to each library system in perpetuity, at the half-price rate of $30 for that one copy. According to Macmillan, “this change reflects the library request for lower prices and perpetual access.” Libraries may obtain additional ebook copies of that title eight weeks after publication, for a period of two years (or 52 lends) at the cost of $60 per license; these licenses can then be renewed for additional two-year (or 52-lend) periods. The new system will apply to ebooks only, and libraries will still be able to order as many physical books as they like.

In response to Hachette’s announcement, the American Library Association (ALA) released a statement expressing concern that libraries seeking to renew their ebook licenses would actually pay more under the new system. The ALA reacted to Tor’s proposed window, or “embargo,” dismissing as “tired and unproven” the belief that ebook lending cuts into sales, and ultimately “denounced” Macmillan’s new library e-lending model.

The modifications to ebook lending undertaken by four of the Big Five publishers over the past year suggest that there may be no returning to perpetual ownership anytime soon. Between Hachette-style metering and Macmillan-style windows, libraries may come to accept a metered license model as the more acceptable option.

Given that these changes to ebook lending are fairly recent, it is difficult to gauge their impact on authors. Certainly, the publishers’ intent is to drive up ebook sales, whether to libraries renewing a metered license or to readers who will choose to buy an ebook that they cannot find at their library. Libraries warn that these changes will actually harm authors by reducing their exposure to new readers who may be more willing to check out an ebook from the library than to take a chance on a purchase—although given the very low cost of ebooks compared to other forms of entertainment or indulgences, that should not be the case.

The library ebook market is still relatively young and evolving. In these recent changes to licensing agreements, we see publishers and libraries struggling to try to find the right balance between libraries’ interest in broad access to library ebooks and ensuring that publishers—and authors—have sufficient economic incentives to publish and write great books. No one model is perfect, and undoubtedly the latest reconfigurations will need to be tweaked over time as markets continue to evolve. In the meantime, we applaud publishers and libraries for their willingness to experiment to figure out how to recalibrate the balance.