How Does the PRO Act Affect Freelance Writers? 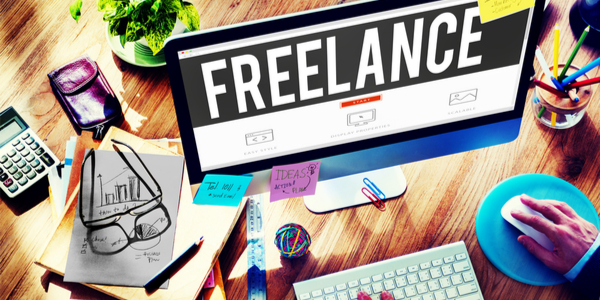 What is the PRO Act?

The Protecting the Right to Organize Act of 2021 (PRO Act) amends the National Labor Relations Act (NLRA) by providing stronger collective bargaining rights and expanding the group of workers who qualify for collective bargaining. If enacted, it would create major changes to U.S. labor law. The PRO Act passed the House of Representatives on March 9, 2021, and was introduced in the Senate with 41 Democrat co-sponsors. But despite its momentum, the bill will face strong opposition from Republicans and so may move slowly in the Senate. The Authors Guild has long been lobbying for collective bargaining for freelance writers and creators, and it supports the PRO Act—but with an addition to ensure that all freelance writers and authors are covered.

Under current antitrust law, authors, freelance writers, and other freelance creators are prohibited from acting together to negotiate better rates or financial terms. U.S. law recognizes only two types of workers—employees and independent contractors—and it treats all independent contractors as though they are independent, competitive businesses with the ability to negotiate with the buyers of their services. Most writers and other creators, however, are more akin to employees in that they have very little bargaining power and are subject to the demands of their employers.

The PRO Act recognizes the fact that many gig workers are independent contractors who lack bargaining power and need collective bargaining. It provides a large group of freelancers with collective bargaining by amending the definition of “employee” in section 2 of the NLRA. “Employees” (as defined) are given the right under section 7 of the NLRA “to self-organization, to form, join, or assist labor organizations, to bargain collectively through representatives of their own choosing, and to engage in other concerted activities for the purpose of collective bargaining or other mutual aid or protection,” as well as the right “to refrain from any or all such activities.”

The NLRA currently defines the term “employee” somewhat tautologically as “any employee… unless this subchapter explicitly states otherwise.” Independent contractors are one of the categories carved out and excluded from the definition of employee.

In other words, this provision gives freelancers rights and protections under the NLRA as if they were employees—i.e., the rights to form and join unions and collectively bargain—unless they meet all three of the above ABC test prongs. Failure to meet any of the three prongs makes a freelancer an employee for the purposes of the NLRA. Let’s look at the three prongs in turn:

Freelance writers generally meet prong A because they tend to work on assignments on their own time and under their own direction—free from control and direction in the details of their writing. (If, however, a “freelance” writer works under the direction and control of the publication they write for, such as in the news room, writing pieces when and how they are told to, then they would not meet this prong and would be “employees” under the NLRA—and in most cases should be treated as employees for all purposes.)

If a writer works for a publication that is within the usual course of the business of the employer, they do not meet the B prong and so will be treated as an employee under the NLRA. Writing for a newspaper or magazine publisher, and possibly a book publisher (more on that later), is the usual course of business of the employer, whereas writing for a publication of a business in another field—say an airline—would not be. Most freelance journalists work for publications, providing services (writing) within the core business (publishing) of their employers, so they would not meet prong B. But since the ABC test requires meeting all three prongs, by not meeting prong B (and even if they meet prongs A and C), these freelance journalists and writers would have collective bargaining rights under the PRO Act with respect to the publications they work for.

This prong will be met by anyone who is a writer by profession or occupation. Writing is the “service” that they are “customarily engaged in.”

In sum, if the PRO Act is passed, when freelancers write for publications that are part of the usual course of business of the employer (e.g., Conde Nast, Time, The New York Times, The Washington Post, Vice, Slate, HuffPost, etc.), they will have the right to collectively bargain under the NLRA against those publications.

What does this mean for writers? Will writers have to join unions?

The first thing the PRO Act will do is allow writers to speak to each other about financial terms and to speak out collectively for or against certain terms or treatment. Writers’ groups could start to do things like setting suggested minimums for different types of writing services or call for boycotts of certain publishers without fear of getting sued for antitrust violations.

As a second step, it would also allow (but not mandate) writers to create collective bargaining agreements, like those used by the WGA and other motion picture–related guilds. Existing organizations could take on that work or new ones could be formed. Different agreements could be created for different kinds of work.