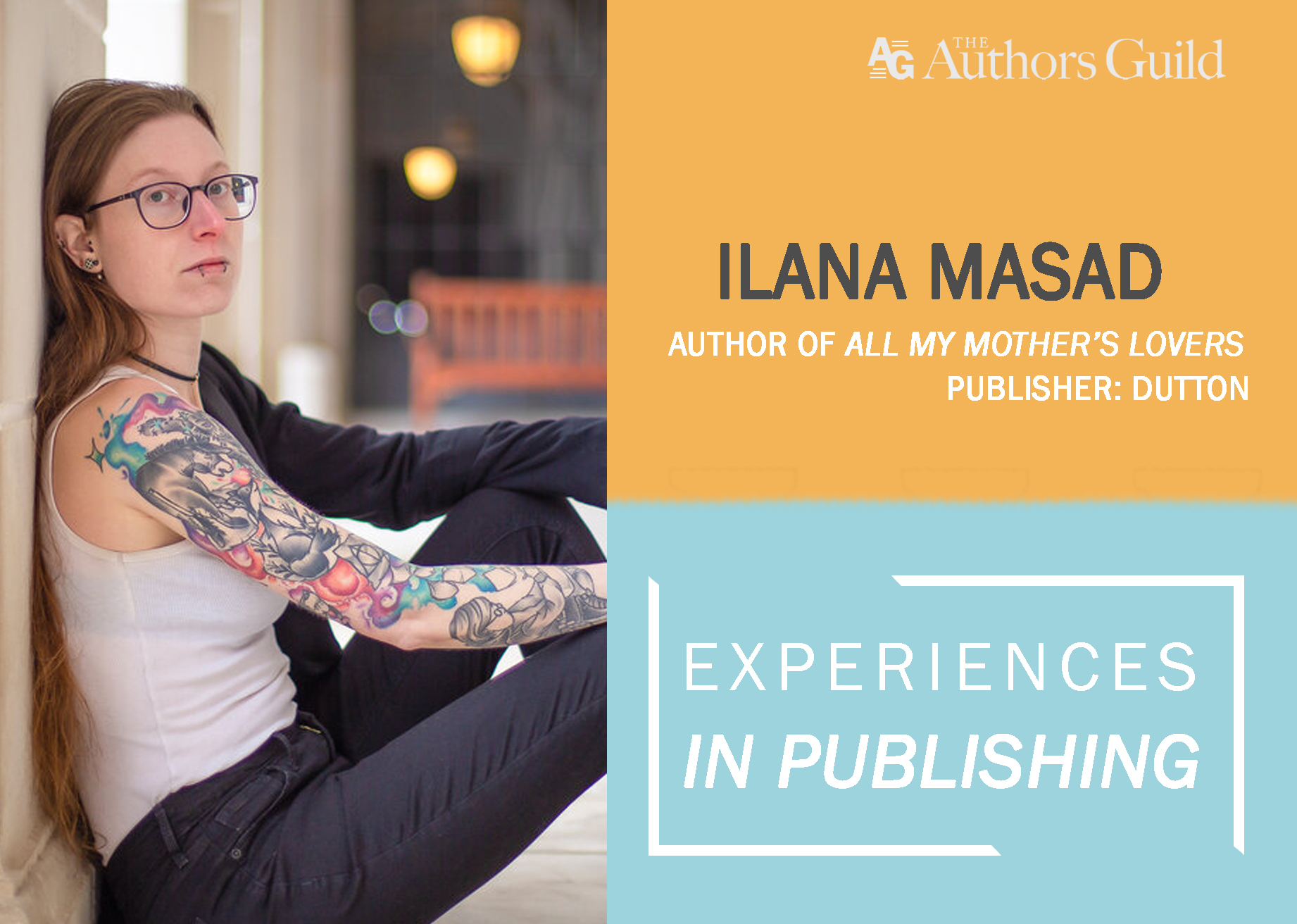 Ilana Masad is an author, freelancer, and book critic who spent years building a podcast and writing for different publications in the New York City literary community before relocating to Lincoln, Nebraska to pursue her MFA.

All throughout that time, she was, like many of us, working on a major writing project. That project became All My Mother’s Lovers, her debut novel. The novel paints a tender picture of a 27-year-old named Maggie Krause whose mother dies tragically in a car accident. Maggie returns home and discovers her mother’s letters to all her ex-lovers and makes a vow to travel the country to hand deliver the letters to those who shared a sliver of life with her mother.

“It was pretty wild,” Masad says of the whirlwind experience of sending her novel out and receiving an offer. “My agent sent the book to something like 17 editors, and within a week I got 15 rejections.” Masad was flanked by rejection only to finally see a single acceptance creep up—an offer from editor Maya Ziv at Dutton, an imprint of Penguin Random House.

This would usher in a publishing experience unlike many others, particularly due to the speed of publication process for the book and its release during the COVID-19 pandemic. Part of the reason her book was quickly edited and released so soon after the book deal involved timing the publication, she explains, “with the holiday the marketing people wanted to hit.” They saw potential in the novel being available right around Mother’s Day and Pride month, both perfect opportunities to generate interest in media and bookstores.

“Maya and I worked pretty quickly,” Masad recalls. “The edits were mostly plot-related … I loved the process because it was very back and forth, and I had always been nervous about how it would work.” Masad collaborated well with Ziv, a testament to a book finding the right editor.

“I’m so familiar with jacket copy and blurbs and stuff and wanted to avoid certain pitfalls I’d seen other books fall into,” says Masad regarding the hands-on nature of marketing and publicizing the book. Her experience as a critic and freelance writer became highly useful, particularly when it came time for developing and packaging how the book was to be seen by others.

Though her contract didn’t stipulate any input on things like cover design, Ziv was happy to entertain Masad’s suggestions, perhaps due to her unique experience with the trade publishing industry. Knowing how a book might be received by potential reviewers and critics can be an asset, especially when it comes to the conception of press sheets and an accurate and aggressively targeted galley mailing.

Even so, the pandemic affected the publication. Masad saw it coming as far back as January 2020. “In March, I was telling people that my launch party was definitely going to be cancelled, that there’s no way I’d be traveling to New York for it, and that the pandemic wasn’t going to end soon enough.” Turns out, she was right, even though her entire support network allayed her worries, claiming that COVID-19 would run its course in a few short months.

Like many publishing during the pandemic, Masad pivoted to digital events in place of touring. It also meant relying on different means of promotion, particularly newsletters at a time when Substack was beginning to grow in popularity. “I made my newsletter more regular in the weeks leading up to pub date trying to drum up pre-orders and stuff, but no idea if that did anything,” says Masad. Even with experience, publishing a book means promoting a book—a daunting and often dreadful process.

“I posted on social media, but this was specific to the time that this was all happening during,” explains Masad. “I felt really weird trying to promote my book when things were going from weird to bad to worse to catastrophic.” Still, she found support during a dire time. All My Mother’s Lovers found its audience.

“Publishing a book doesn’t change your life,” says Masad. The excitement wears off soon enough, and the book starts to belong less to an author and more to its readers. People buy and read and discuss the book, but that distance between author and work is inevitable. “I’m sure it must [change lives] for some people, but my understanding from nearly all the people I know who have published books is that it just doesn’t change much. You want it to—at least, I wanted it to, even though I already knew that it didn’t. Everyone thinks that their book will be the one that gets a parade down Fifth Avenue.” The experience was inevitably sobering.

“I published a book, and many things about that were magical and notable, and I’m grateful for them and I worked so hard to have been able to do so, and yet my life didn’t change . . . that’s okay!” Masad moved on and is at work on her second novel. The path she took to publish All My Mother’s Lovers helped her grow and separate herself from all those romantic notions of being apublished author. “It’s just a narrative that’s hard to get rid of, even when you know better.” Life and the work go on.