Janice Lee on Finding Support in an Indie 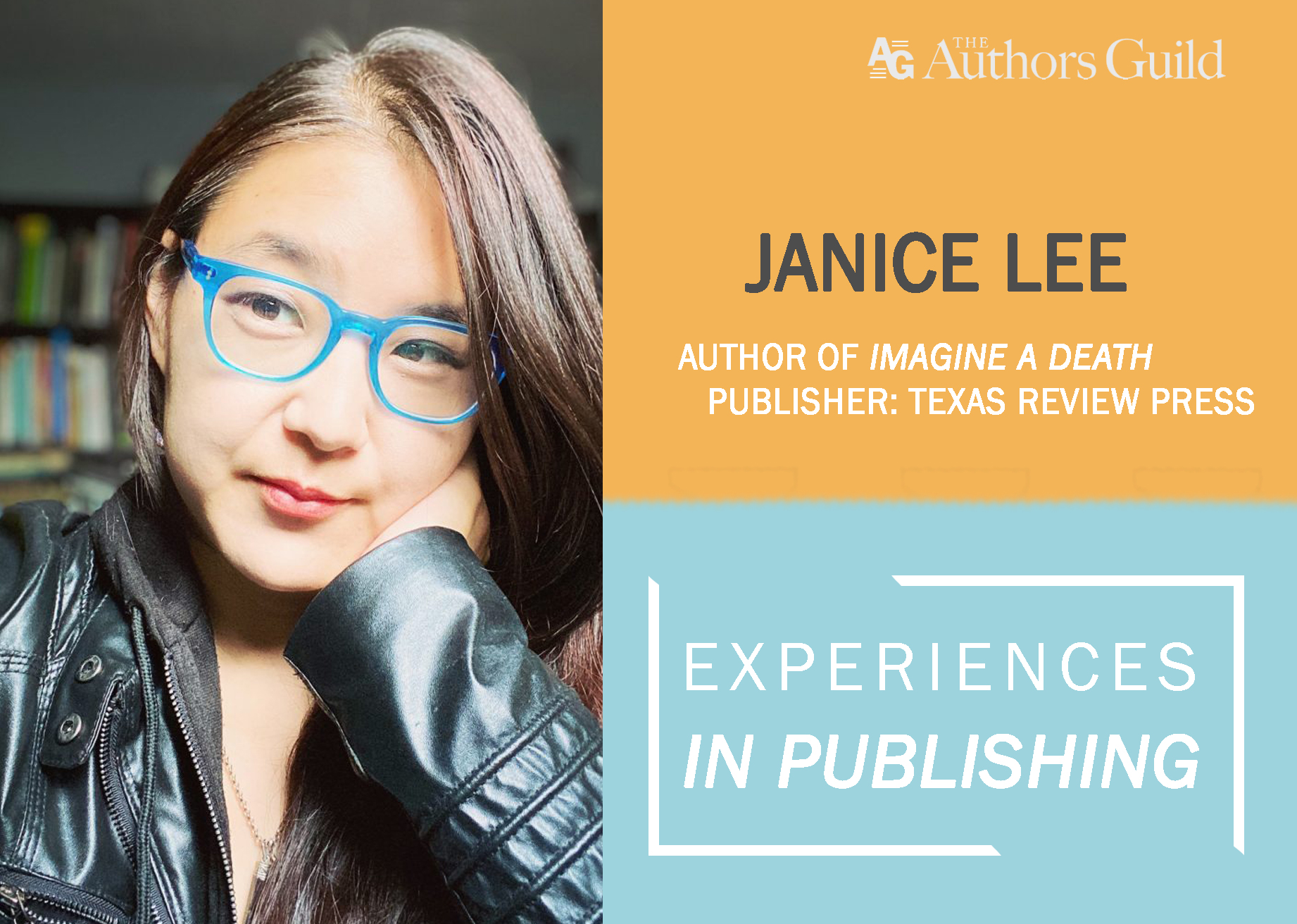 Writers have control of a few things—what they write, how they write it, and where they take their works in progress much of the publication process involves factors entirely outside of an author’s control. Janice Lee has published widely with novels like Damnation (Penny-Ante, 2013) and the nonfiction collection, The Sky Isn’t Blue (Civil Coping Mechanisms, 2016). With her latest novel, Imagine a Death, Lee found the submissions process to be as much a struggle as it was a reflection of the survival and trauma evocative in the novel itself.

It was only after Lee let go of these attachments that the acceptance email arrived in her inbox. “It was a huge relief and felt like a sign of being seen and supported by the universe,” she mused.

Imagine a Death found a home with Texas Review Press, and the Innovative Prose series editor and author Katie Jean Shinkle bought the book. By the time the novel had landed with Shinkle, Imagine a Death had already undergone an exhausting editorial process.

“I feel like I rewrote the first 40 pages of Imagine a Death like a hundred times on my own,” Lee said. “It felt like I was spinning my wheels, but that’s all part of it.”

Lee and Shinkle found editing exceedingly collaborative and relatively light due to all the work already done on the manuscript. “The editing process with Katie was mostly through conversation,” Lee explained. “She really understood what I was doing, and I felt really seen throughout the whole process.”

This is perhaps one of the benefits of working with an indie or university press. Though not all publishers operate the same way, many indies take on books less as commercial objects made to sell like any other commodity and more so as an extension of the enthusiasm and merit of the work being published.

“Not only did my editor Katie Jean Shinkle maintain constant communication with me, PJ Carlisle, managing editor, put in a tremendous amount of time and effort… thanks must also be given to J Bruce Fuller,” said Lee.

The production process—from cover design to typesetting—was highly collaborative and Lee was able to be part of every step. “The constant communication and support were so appreciated,” Lee said.

During the lead-up to the book’s September 2021 publication date, Imagine a Death faced another hurdle that has affected much of the season’s new releases: limited inventory due to supply chain issues. “All of these were things that weren’t in anyone’s control,” said Lee, who remained focused and optimistic in the face of these uncontrollable issues. “But beyond all of the disruption of COVID, there were family emergencies, printing delays, major masthead changes, power outages, weather and climate issues, etc.”

No book is ever published without having to hike up the proverbial path, tackling everything from production to marketing, publicity and critical praise. It’s evidence of the fact that no singular book is “the most difficult” to sell in an author’s career; rather, every book is different. Every book, like every author that writes a book, has a path entirely their own to walk and explore.