Sarah Rose Etter Finds a Lifeline in a Manuscript Acceptance 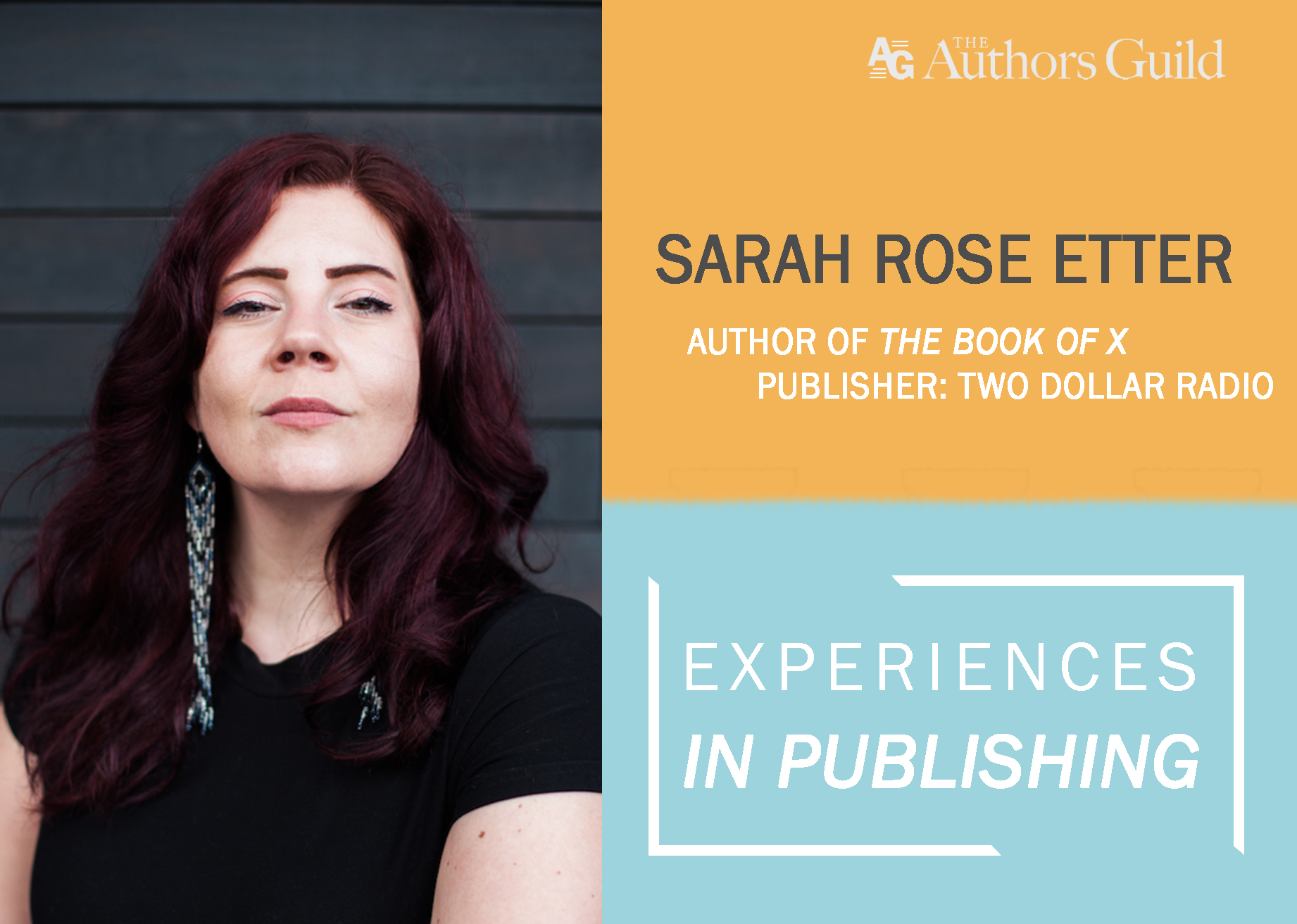 What does it feel like to know that you’ve written a good book, but the response you get from agents is that they love it but can’t sell it? It can lead to a series of frustrations and perhaps even the temptation to give up writing. That is what happened for author Sarah Rose Etter when she shopped The Book of X years ago.

“I sent the book to three or four agents…all of them came back and said it was a beautiful book, but it was too brutal to sell, ” Etter says. “So I basically gave up on the novel, took a job in Silicon Valley, and moved across the country. I devoted myself to my professional career instead.”

The Book of X is a breathless novel about Cassie, who was born with her stomach twisted into a knot. From the family meat farm to the doldrums of her desk job, Etter cast the ills and the anxieties of being a woman in a constantly threatening and dying landscape.

This is the same book that went on to win the 2019 Shirley Jackson Awards for Novel and generated word-of-mouth buzz around a community of writers nationwide craving daring and dark feminist fiction.

But none of this would have happened if she had given up for good. A few months after moving to California, she received an email from Eric Obenauf, editor and co-founder of Columbus, Ohio–based indie, Two Dollar Radio.

He wanted the book.

“I’d forgotten I even sent The Book of X to them,” Etter recalls. “It was one of those life-changing moments.”

It’s moments like these that help writers get through the roughest patches of their career. Etter was working incredibly long hours coupled with a heavy workload, not to mention a three-to-four-hour daily commute. Some days it really wore thin. When she received the email, it was one of those days.

“I was standing on a packed train, not sure how I was going to keep working this hard. I was very depressed by this point; I had given up my entire life in Philadelphia and moved to San Francisco, and it was nothing like what I thought it would be.”

Getting that email was a lifeline. She had been working hard and losing focus on the things she cared about most. She had become discouraged.

“I don’t think anyone knows this, but that email came at a moment when I was so much at the end of my rope.”

Once the contract was signed, production for The Book of X began in earnest. Typically, Two Dollar Radio acquires a book and publishes it the following year, sometimes longer due to the nature of the publishing industry. However, the idea Obenauf pitched Etter was to put it out sooner. “The idea was to publish it in five or six months,” Etter says. “Everything moved fast.”

Eliza Wood-Obenauf, co-founder and editor at Two Dollar Radio, took the helm and gave the book an in-depth comb, resulting in multiple passes and notes that would help the book shake free any cobwebs that might still exist.

The abbreviated rollout also meant a string of intense deadlines. “I edited the book probably nine times in four months,” Etter says. Two Dollar Radio made sure to step in when Etter needed to step back from editing the book.

The pre-publication marketing and publicity was almost entirely Two Dollar Radio’s, which meant Etter could focus on edits while they printed galleys for Winter Institute, generating a marketing and publicity campaign in an attempt to get the book to a large swath of the media. They used the tools of the trade to make The Book of X their lead title for the season.

But that also meant Etter had to shift from private to public mode.

“A writer leaves this private introverted space where they create art into this very public extroverted space where the art must be sold in order for the writer to have a future.” If the editing was exhaustive, the publicity effort Etter donned was equally as intimidating, if not more. She knew that this was a chance and doing everything in her power to help get the word out on the book was essential. “I remember using almost every lunch break at my full-time job to take interviews outside of the office. It was a whirlwind,” Etter says. This meant a book tour, lectures, interviews, the whole gamut of types of coverage that the media uses to talk about a book.

“It’s like being flipped inside out: All of your tender parts are suddenly on display, and they are no longer yours.” It’s uncomfortable for every writer, established and emerging, and yet the act of stepping away from the desk to read from the book and show it off is one that has become an essential component of the modern publishing paradigm. The reclusive author stereotype is seldom sustainable or desirable for publishers and readers. They want to get to know the creator of these stories.

“And it’s a lie to say the sales don’t matter,” says Etter. “I understood, in the back of my mind, that this book would decide what the rest of my career looks like.”

Both she and Two Dollar Radio knew that all of their efforts are just one side of a book’s debut; people have to read and enjoy the book, and the book needs to find readers. Thankfully, The Book of X did, and has continued to experience the kind of word of mouth that cannot be bought. The attention, awards, and reviews are nice, but they’re the icing. In the end, Etter sees the experience as having “a space in the world.” The Book of X is now for the readers; she has been able to see it find its way.

Put in the work, believe in your work. Everything else is icing. “Say yes to everything,” advises Etter. “You only get one chance…you won’t get this chance again.”