Stephen Graham Jones Reflects on the Publication of His Debut Novel 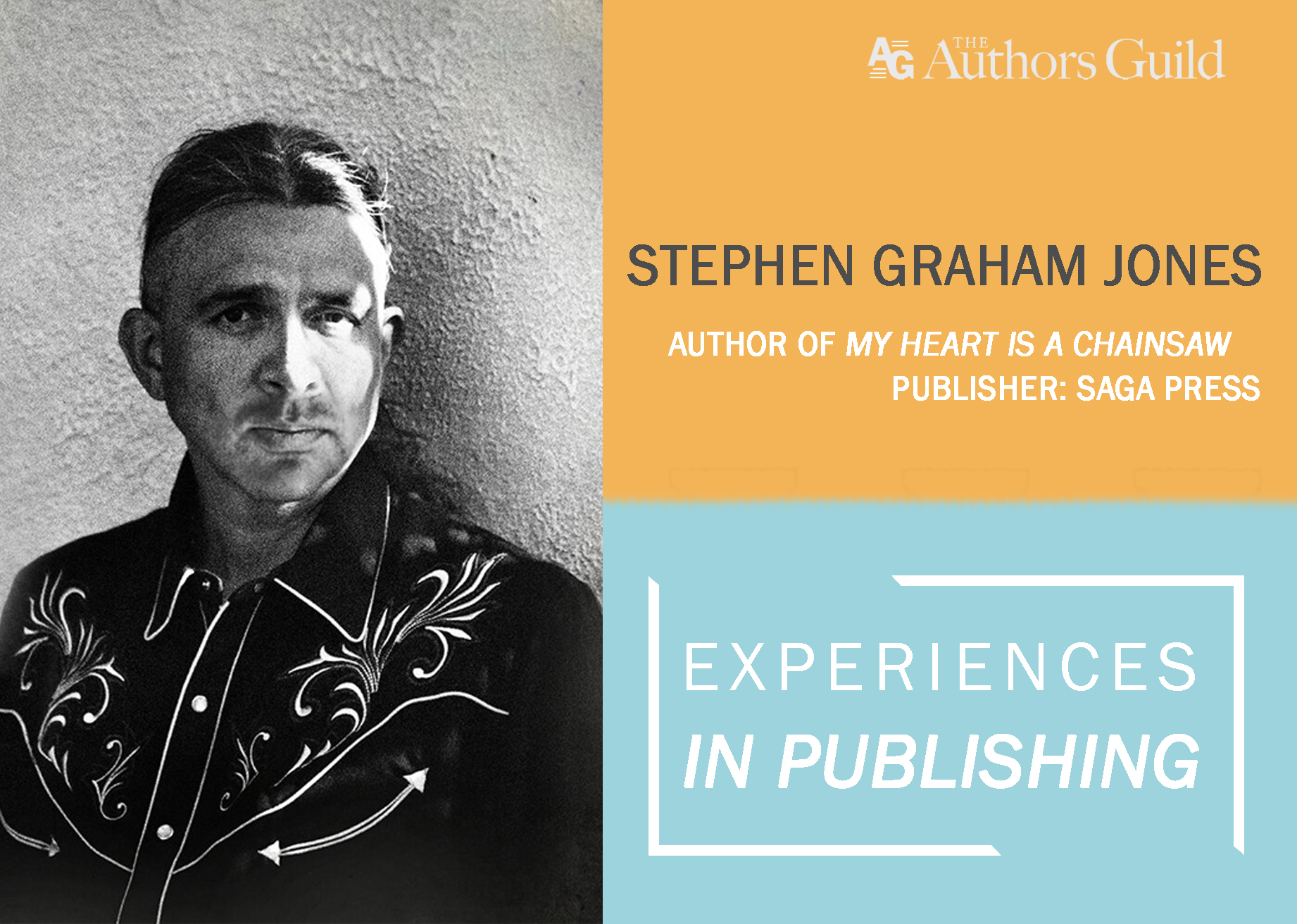 Stephen Graham Jones is highly prolific and manages to consistently publish a diverse range of speculative fiction including his 2021 novel, the New York Times bestseller, award-winning The Only Good Indians. For years, Jones has explored and navigated new narrative territory that balances literary fiction and horror.

The Only Good Indians is Jones’ 26th book. It was followed last year by My Heart is a Chainsaw, whose sequel, Don’t Fear the Reaper, will be published in August 2022. His career is an illuminating examination of the many avenues possible for publishing your work. From indie to academic, special market to Big Five, Jones has seen it all. And yet, Jones still remembers how it happened, his first book deal.

I guess it’s true what they say; you never forget your first acceptance.

“The Fast Red Road was my dissertation, and I was set to defend it when one of my committee members had a family emergency,” Jones said. “I either had to fill the seat or reschedule for next semester and pay whatever fees to keep me an out-of-state student.” A Florida State University student on a tight budget, another semester simply wasn’t an option, so Jones thought up possible replacements. He had a good experience taking a Gertrude Stein course taught by professor and author Ralph Berry. Jones reached out to see if he might be interested in filling the seat on short notice.

“He said sure,” said Jones. “I told him he didn’t have to read this ridiculous ‘whatever it was,’ he could vote it down, it didn’t matter, I just needed a warm body in that physical chair for the defense.”

On the day of his defense, Berry appeared with a printed manuscript of Jones’s novel, dog-eared and thoroughly read. Jones expected to receive a grilling but instead, Berry sat down and said: “You may not know it but I run FC2 (Fiction Collective 2), this well-established innovative press.” Berry offered to publish the novel.

After a surprise like that, Jones took a step back and tried submitting the novel to New York publishers. “It got roundly rejected,” Jones said. “I had this idea that they would hail my novel as the second coming of Thomas Pynchon’s V.” Wiping away lofty expectations, he accepted Berry’s offer and they quickly moved forward to editing and publication.

“It was amazing,” Jones mused. “When they sent me the proofs, I’d never seen anything of length I’d written typeset before.” He compared it to the opening of the suitcase in Pulp Fiction, or the ark in Raiders of the Lost Ark. It was the first-time reality hit. In fact, the entire publishing process was so new to him that he hadn’t understood that the proofs would be sent to him for his approval. “I had no idea I could suggest corrections,” Jones says.

When it came time to see The Fast Red Road published into the marketplace, Jones drifted between first readings and first interviews, so many of them now long gone to the passage of memory and time. He cites one specific piece of coverage: “I do remember there was a very cool write-up in PopMatters. It made me count The Fast Red Road as a success.”

Another aspect to promoting a book, after media-based marketing and publicity, are literary events. Jones recalls working hard on securing a reading at the Austin, Texas indie staple, BookPeople. “The press couldn’t pay but they did arrange it.” He drove to Austin and crashed on a friend’s floor. The night of the reading, he drove up and saw his name on the marquee. “I had a disposable camera with me (who had money for a real camera?) and burned most of the film snapping shots of that marquee.” This was the second time reality hit him. He was a published author, a book he wrote existed! The reading itself took place at 7:15pm, Jones was ready to read from The Fast Red Road when… nobody showed up. Eventually the manager whispered something into the store PA, effectively urging staffers to sit in on the reading.

“As sort of an apology, BookPeople gave me this huge box full of all the swag they had left over from previous events,” Jones recalled. He drove home with a box brimming with free stuff. “I was so proud of all this stuff I’d gotten for free.”

He didn’t fixate on the lack of audience attendees, or that he couldn’t even afford to take higher resolution snapshots of the marquee. His name was on that marquee. Jones had read at BookPeople. He had published a book.

“The book exists now,” mused Jones. “Be happy. You published a book. If somebody doesn’t find it today, then maybe they will tomorrow, or next week.”

It’s this sort of outlook that keeps Jones writing with such verve and resolve. The versatility of taking the landmarks as they come, and to be humble and remain aware of what matters most.