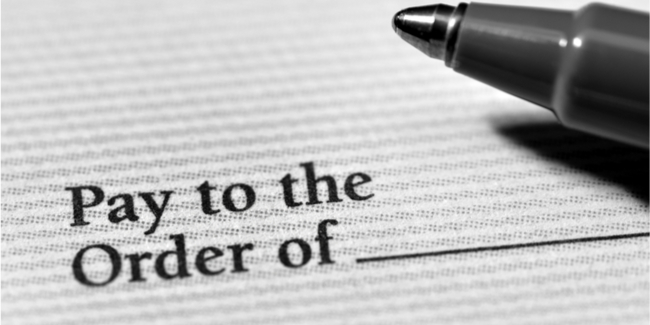 It has been a long road, but we can report some new progress toward the payout in the freelance class-action suit initiated by the Authors Guild in 2000. Many of you are claimants in the case, filed against electronic databases and two major newspapers and magazines (In re Literary Works in Electronic Databases Copyright Litigation). Thousands of freelance writers had agreed only to one-time uses of their works, which were then used in electronic databases without authorization and without further compensation.

After 14 years of litigation—trial court, Court of Appeals (twice), and the U.S. Supreme Court— in June 2014, the court gave final approval to a revised settlement. Initially the lawyers for the class estimated that writers with valid claims could receive payment as early as the third quarter of 2015, but they didn’t know how long the claims-administration process would take.

More than three years later, class members still haven’t been paid. The main reason for the delay is that publishers filed 41,000 specific objections, an unexpectedly large number, and those objections have had to be resolved through a painstaking process of investigation and negotiation. (The plaintiffs’ lawyers did ask that the undisputed claims be paid without delay, but defendants and publishers wouldn’t agree to that.)

The process is finally nearing an end. We want to bring you up to date on where matters stand and offer the best information we can on what has happened and what remains to be done before the money is paid out.

The litigation began after a federal appeals court ruling that the electronic rights in an author’s freelance works belong to the author, not the print publication in which the article appeared. Appeals led to a landmark Supreme Court decision, New York Times v. Tasini (2001), which held that several online databases and print publishers had infringed the rights of six freelance authors by reproducing the authors’ works electronically without first securing their permission.

It was a crucial moment for preserving the rights of working writers in the transition to an increasingly online publishing economy. The Authors Guild filed a companion suit in 2000, along with the American Society of Journalists and Authors, the National Writers Union, and 21 freelance writers, and that was combined with the Tasini case after the Supreme Court decision. The case went back to the lower court for a decision on the remaining legal issues and damages.

The defendants were database owners like LexisNexis and publishers including The New York Times, Dow Jones, Time Inc., and The San Diego Union-Tribune. We spent several years negotiating a settlement, which was approved in 2005. But challenges kept it bogged down in the courts.

When Will I Be Paid?

With more than 3,000 authors and about 600,000 articles at stake, this was an enormous lawsuit. The many disputes over individual articles took the lawyers and the claims administrator by surprise. (In most cases, authors don’t even know if their claims have been disputed.) But the plaintiffs’ counsel now report that all the objections have been resolved.

The final timetable is this:

If this timetable holds, and we see no reason it shouldn’t, writers should receive their checks by April. Information from the class counsel can be found on the settlement website, http://www.copyrightclassaction.com, though this is sometimes out of date.

We are going to track this closely and will keep you informed.

If you need to provide the claims administrator with your updated contact information, you can do so here: https://cert.gardencitygroup.com/ed2/fs/home.

How Much Will I Receive?

Because of the technicalities of copyright law, the amounts depend on whether each work was formally registered with the US Copyright office, and if so, when. (It’s not typical for freelance magazine and newspaper writers to do that, but it provides the strongest protection against infringement.) The plaintiffs’ works were divided into three classes: A (registered promptly), B (registered later), and C (not registered).

The official Plan of Allocation follows.

Category A Subject Works: For each Subject Work the Claimant properly registered as an individual work with the United States Copyright Office in time to be eligible for statutory damages under 17 U.S.C. § 412 (2), the Claimant will receive:

Category C Subject Works: For all other Subject Works, the Claimant will receive, per Subject Work, an amount that is at least 14% larger than the amount provided for in the Initial Settlement Agreement as follows:

Reduced Payments: For Subject Works created before January 1, 1995, payments in Categories B and C above shall be reduced to an amount no lower than $5.70 per Subject Work, based on the years in which the Subject Work was created as follows: