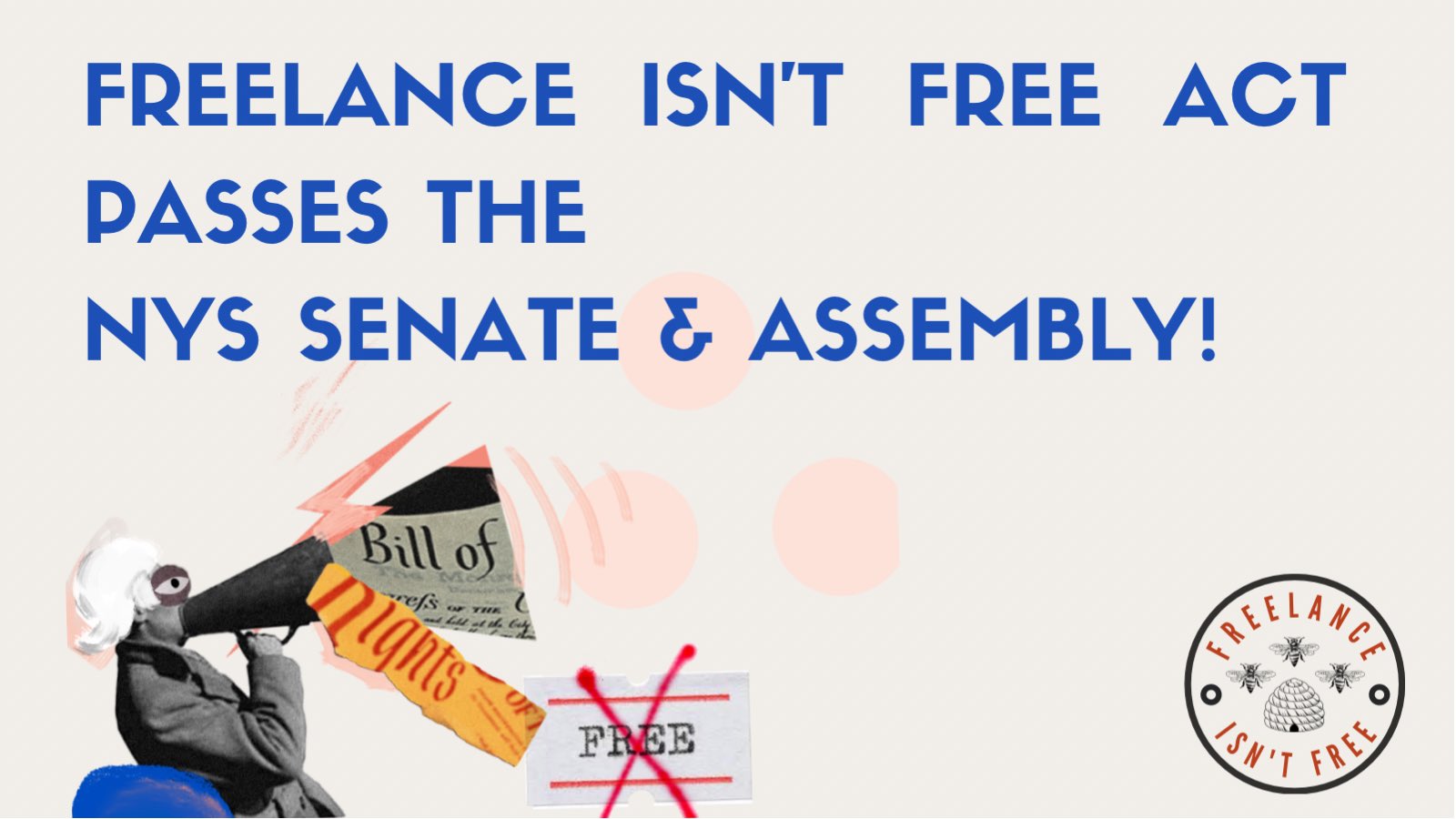 The Authors Guild applauds the passage of the Freelance Isn’t Free Act (S8369/A9368) in New York State. This legislation provides essential protections for all freelance workers across the state, including authors, freelance writers, and journalists, as well as any freelancer who works with an entity based in New York.

“We are grateful to State Senator Andrew Gounardes and State Assemblymember Harry Bronson for spearheading this important bill in the New York State Legislature, to the bill’s other co-sponsors for their support, and to the National Writers Union and Freelancers Union for leading a broad coalition of organizations, including the Authors Guild, in lobbying for the bill’s passage,” said Mary Rasenberger, CEO of the Authors Guild.

The Freelance Isn’t Free Act targets the increasing practice by some publications and other employers of paying freelancers months late and making them chase down payment. The new law, modeled after a 2017 New York City law that has helped freelancers recover large amounts in unpaid wages, requires employers to provide written contracts to freelancers, ensuring that the terms of their work and payment are clear and enforceable. It also requires that freelancers be paid by the agreed-upon date or within 30 days of the completion of work. The bill allows freelance workers to collect double what they are owed should employers fail to abide by those provisions.

“We will continue to work with the National Writers Union, Freelancers Union, the Graphic Artists Guild, American Photographic Artists, and other like-minded organizations to pass similar legislation across the country, starting with California, which, like New York, is home to many freelance creative workers,” Rasenberger added.

Click here to read the full text of the legislation.