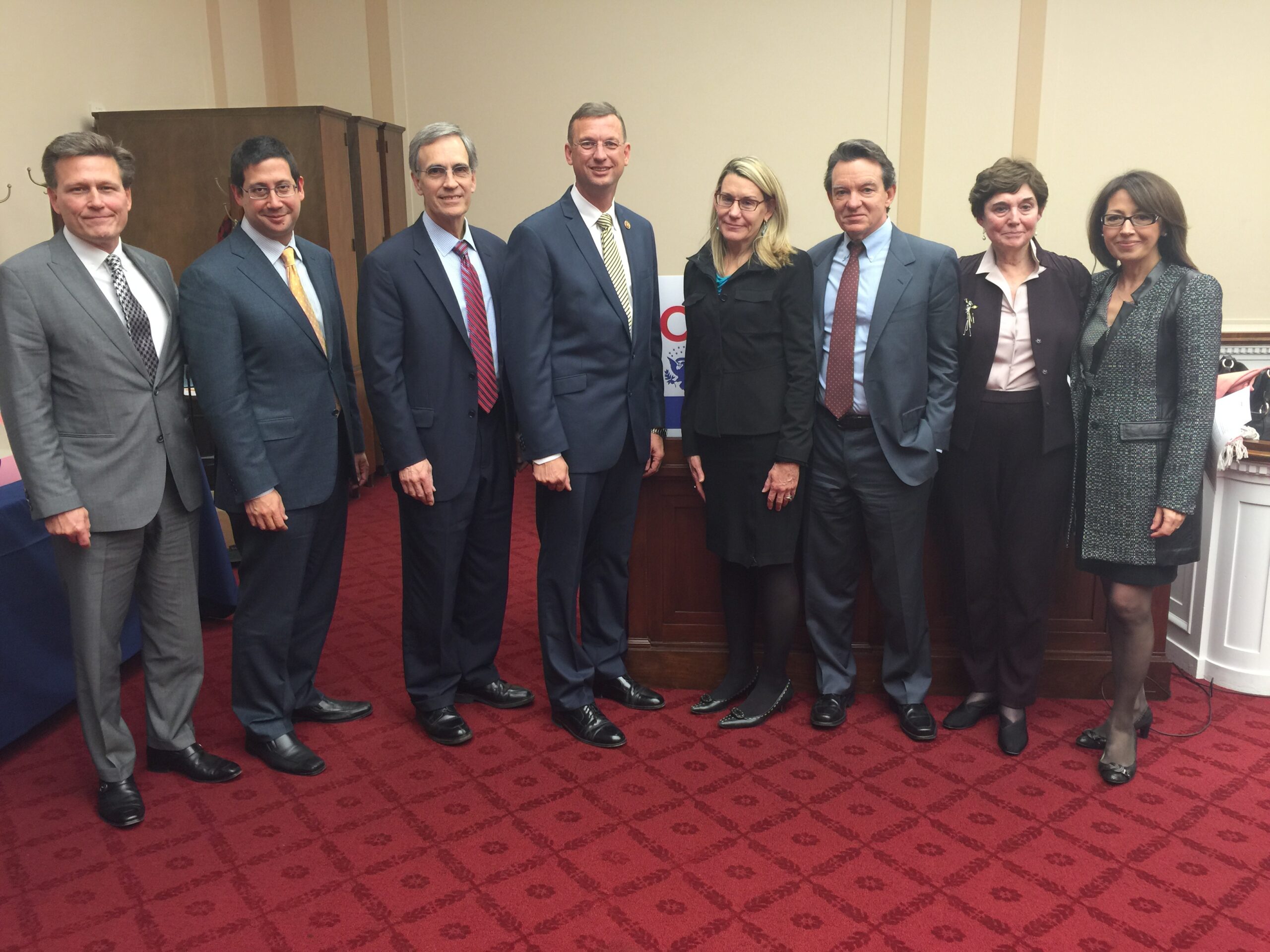 In her first official appearance as Executive Director of the Authors Guild, Mary Rasenberger traveled to Washington, D.C. last Thursday and presented a speech to the Congressional Creative Rights Caucus, a bipartisan group of lawmakers dedicated to protecting the rights of creators.

Rasenberger’s speech was part of a panel co-hosted by the Authors Guild and aimed at giving the Congressional group a behind-the-scenes look at “a book’s passage from manuscript to marketplace.” The panel consisted of authors, editors, and publishers.

In her speech, Rasenberger focused on the “urgent state” of authorship today. “Even authors who made a living writing books for decades now need to find alternative sources of income,” she told the assembly. “This means they write less—and, in some cases, not at all. Fewer professional authors means fewer types of books that might take years of research and writing. These are precisely the kinds of books that further the knowledge and learning that copyright is meant to foster.”

Rasenberger’s thoughts were echoed by the Creative Rights Caucus itself. Its co-chairs, Representatives Judy Chu (D-CA) and Howard Coble (R-NC), released a statement that said, “Challenges like digital first sale, unreasonable expansion of fair use, and online piracy are threatening the livelihoods of the hard working men and women who bring [books] to life.”

The trip was part of the Guild’s continued commitment to making sure authors have a voice in the national policy conversation about creators’ rights. “This was a great opportunity to educate a group of lawmakers on what they can do to help authors,” said Rasenberger. In addition to speaking before the Creative Rights Caucus, Rasenberger attended a host of private meetings with Congressmen and Congresswomen and their staffers from around the country. “On the whole, I find that Congress is sympathetic to our cause. This is an issue that transcends party politics. Politicians, in general, want to be supportive of individual creators. Unfortunately, there are also some formidable advocates for weakening authors’ rights, and they’re spending quite freely to corrode our support. Now more than ever, authors need a strong presence in the Capitol.”