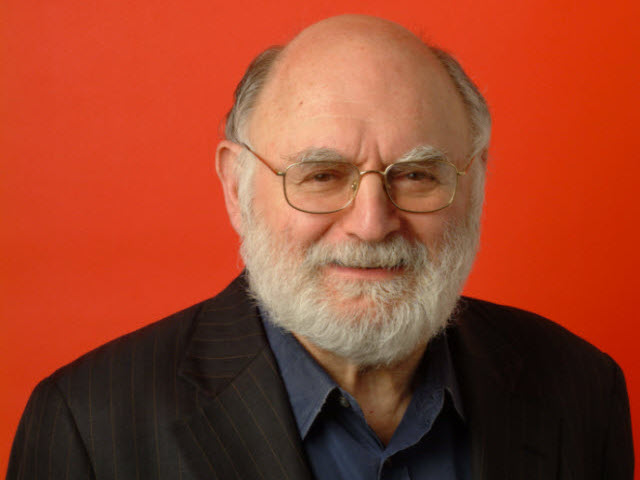 With great affection and gratitude, the Authors Guild remembers Victor Navasky, a member of the Guild since 1972 and an active Council member since 1974.

Victor was an enterprising, imaginative, meticulous, and admired journalist, whose prose switched effortlessly from dead serious to comical throughout a remarkable career. He started his career while a student at Yale Law School, launching a satirical magazine with a friend. He was known to slip wry lines into his subsequent freelance magazine work, not to mention in casual conversations and at parties.

But his principal interests, as a freelance journalist and later as editor of The Nation, were politics and justice, the subjects of his two best known books: Kennedy Justice (1971), an examination of Robert Kennedy’s shift as Attorney General, and Naming Names (1980), an exploration of the 1940s Hollywood Blacklist trials for which he won the National Book Award.

His extended freelance life was punctuated by a two-year stint with The New York Times and ended when he joined The Nation as editor in 1978, the magazine’s 113th year and Victor’s 56th. As editor, he revived the journal, searching out new contributors, including more women, quadrupling subscriptions, and expanding the magazine’s influence. One of his most quoted comments was “If it’s bad for the country, it’s good for the Nation,” delivered with a mischievous wink.

In 1995, he became publisher and director of the magazine, and in 2005 he went freelance again, teaching at Columbia University, writing books, and faithfully turning up at the Guild’s Council meetings and annual meetings for members. He also attended the spring gala each year with his wife Annie.

“One of the great pleasures I had in joining the Council of the Authors Guild was in meeting one of my journalistic heroes—Victor Navasky,” said Doug Preston, president of the Authors Guild. “He raised skepticism and irreverence into a fine art. He was a virtuoso at taking apart treasured beliefs and received wisdoms with a restless, astringent, and keen intellect. Victor was a towering figure in the journalism world and he will be badly missed.”

“Victor was the real deal in everything he did,” said Scott Turow, past president of the Authors Guild. “A fearless and pugnacious journalist. An exuberant opponent of misused power. And an eternally warm and endearing friend. He was a person of uniquely large capacities—and his passing is a loss for the Guild and the nation at large.”

Those who knew him said Victor was an Upper West Side mensch, bar none, wise and beloved. He generously shared his wisdom and humor with all of us at the Authors Guild to the end. He will be profoundly missed.