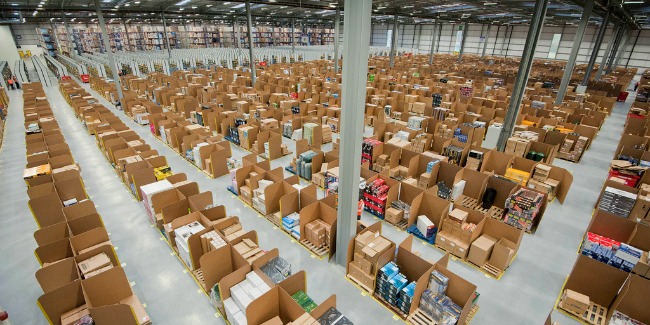 We wrote in May that Amazon had begun allowing third-party booksellers to win featured status in a book’s “Buy Box.” That’s a problem because authors don’t earn royalties on sales of books by third-party retailers, whose source is often unclear. Since then, we’ve heard from a number of you about how the change affected you as authors and self-publishers, and we’ve spoken to Amazon about the new policy.

David Naggar, Amazon’s VP of Kindle Content, explained that only brand new books—not “like new”—are allowed to win the Buy Box. Vendors are required to describe their books as “new” only if they are in fact new books retailed directly from the publisher. Advanced review copies (“ARCs”) and remaindered copies should not be advertised as “new,” according to Amazon. Naggar explained that it’s unclear how third-party sellers would obtain copies that are not ARCs, remainders, or other second hand books. Those copies, he explained, should only win the Buy Box if the publisher has no copies available through Amazon to allow it to fill the order promptly. The problem lies in part with resellers who label their books as “new” when they are actually secondhand books that look new.

The good news is that the leaks in the system appear mostly to have been fixed and that fewer third-party sellers are winning the Buy Box when publisher copies are available. Indeed, all of the individual instances of third parties winning the Buy Box that Guild members sent us after our original post in May have been remedied. And while a dishonest third party can still win the Buy Box, the problem is much less widespread than when Amazon initiated the policy change in May. (Conducting random searches, we were hard-pressed to find in-print titles whose Buy Boxes were won by third parties.)

In our conversations, Amazon representatives were adamant that, when an author contacts them with a complaint about suspicious practices of a particular third-party seller, Amazon will work with the author to identify the seller and demote it accordingly. And indeed, from what some of you have told us, this seems to be the case. Also, the reports that Amazon has received from authors and publishers have certainly contributed to the diminishing frequency of third parties winning the Buy Box. But while the problem has diminished, it’s still important that, if you notice a third-party seller winning the Buy Box for one of your books, you contact the Authors Guild with that information (which we can track and forward to Amazon) or contact an Amazon representative here.

The Problem with Amazon’s Definition of “New”

Despite the improvements, there still remain problems with the policy. Foremost, Amazon defines “New” in its guidelines for third-party sellers in a way that doesn’t actually require the book to come from the publisher—even though they tell us that in practice that should be the case. Rather, “New” is defined as:

This definition doesn’t require the books to be purchased from the publisher—and that is what matters, because only a copy purchased from a publisher gives the author and publisher a return on their investment in the book. Amazon does not police its third-party sellers (there is no Amazon oversight as to whether or not the book is in its original protective wrapping, for example), and so a certain amount of slippage inevitably occurs. We believe that some ARCs, remainders, and “hurt” copies are still being sold as “new.” Because Amazon relies on customer and vendor complaints, it is essential to speak up quickly and loudly when you see a third-party reseller take the Buy Box.

Where Are These Books Coming from?

There does not appear to be one source for third-party sellers’ acquisition of cheap copies of new books. But what’s clear is that the Amazon marketplace contains copies that are priced well below list, and in many cases, even below traditional Amazon discounts. Based on your responses, we are considering several possibilities.

In some cases, especially with print-on-demand books, third-party resellers may be accepting orders on Amazon and then placing them again through the POD publisher, pocketing the unnecessary markup—and any shipping and handling fees—in the process.

A Guild member who is also a bookseller suggested to us that third-party sellers are relying on search algorithms that scan Amazon for new listings, which they then tally with other distribution channels to find the lowest available price and automatically create a listing on Amazon for that price. In this scenario, the third-party sellers don’t hold their own inventory, but act as the middleman between customers shopping at Amazon and the distributor with the cheaper price point. They make money on shipping charges, which often are not revealed until checkout.

It’s also possible that third-party sellers are buying discarded, excess, or remaindered copies in bulk from large distributors such as the National Book Network and then selling them on Amazon. This would explain how third-party sellers are able to get cut-rate price books that are published by those publishers with traditional supply chains as opposed to POD supply chains.

Another possible way third-party sellers are acquiring cut-rate price books is by buying bookstore returns, which are not sent back out to bookstores as new books, but are instead sold off as “hurts” or remainders. A number of you have gone so far as to purchase copies of your own books offered by third-party vendors, and have found that the books they received bore the publisher’s “remainder” mark. (It is longstanding industry practice that when a book is remaindered, its publisher mark it as such, either by cutting the corners of its pages or marking it with a black dot to show it is a remaindered copy, thereby preventing its resale as a new copy.)

Clearly, there are some publishing houses out there that need to crack down on their inventory control and remaindering practices. And that’s where we are focusing our energies next.

Remember to keep us apprised at staff@authorsguild.org of any irregular sales practices you encounter.