Amazon’s Taking Another Bite of the Publishing Pie 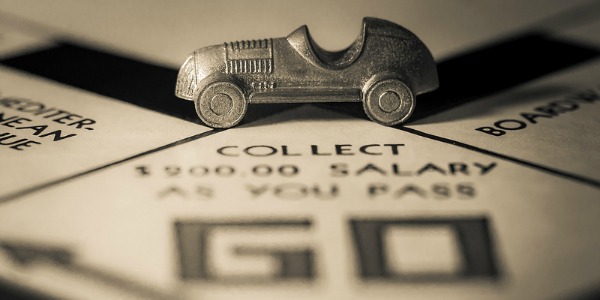 The Authors Guild is deeply disturbed by Amazon’s new policy of allowing third-party book resellers to claim featured status in the “buy boxes” on Amazon. In a move that’s very likely to cut into publishing industry profits even more, Amazon will no longer automatically assign the main buy box for each hard copy, paper, audio and Kindle edition to the copies that Amazon distributes on behalf of the book’s publisher. Rather, a secret algorithm—which reportedly weighs factors such as price, availability, and delivery time, will now decide which seller (i.e., Amazon or a third party re-seller) gets the buy box. Amazon’s new policy states that “eligible sellers will be able to compete for the buy box for Books in new condition.” What this means is that second-hand book distributors—who often sell at extremely steep discounts—will be able to claim that premium real estate if they can beat out the publishers’ copies under the algorithm.

Until now, the second-hand book sellers, who offer books for as little as a penny, have been listed below the featured option, in much smaller font, as second-tier “Used” and “New” copies on a book’s product page, never as the default seller. While Amazon alone has the statistics, common sense tells us that the vast majority of purchases are made via the main buy buttons and not through the links to the other “new” and “used” copies. So, when the buy button is assigned to a third-party seller because its prices are lower and it can deliver quickly, most of the sales will be redirected to that third-party seller. In other words, those $.01 “new” or “new condition” copies that seem to be available for almost every book may well end up featured. (As a practical matter, most second-hand sellers today are slower than Amazon at fulfilling hard-copy purchases, but that could change and we do not know how Amazon weighs the factors.) The problem with this outcome from an author’s perspective is that neither the publisher nor the author gets a cent back from those third-party sales. Only Amazon and the reseller share in the profits. This has the potential to decimate authors’ and publishers’ earnings from many books, especially backlist books. (If you’ve noticed this happening on your own books’ product pages, please let us know at staff@authorsguild.org.)

One might wonder how there can be “new” copies offered by someone other than the publisher and how they can be sold for $.01 plus shipping (the high shipping costs are apparently where these sellers make their profit). The Authors Guild has spoken to several major publishers in the past year about where all these second-hand “new” copies come from, and no one seems to really know. Some surmise that they are review copies, but there are far too many cut-rate “new” copies for them all to be review copies. Could they be returns from bookstores that never made it back to the publisher? Did they fall off the back of a truck? We don’t know. What we do know is that the resellers must be acquiring them at cut-rate price and that there appear to be enough of these copies available that they could replace sales for the truly new copies—those that bring money to the publisher and royalties to the author.

We’ve heard from members who have already found publisher-supplied copies demoted in the order of purchase options. One member reports speaking to Amazon’s Author Central department. His contact was sympathetic to the fact that this practice will further devalue books and decrease profits for publishers and authors, and reported that Amazon is conducting an “investigation” into the matter and that its Author Central department is advocating for a reversal of the new policy.

Publishers and authors report that Amazon’s justification for its new move is that every other product sold on Amazon works this “best offer” way, and that Amazon has treated books in a special way—until now, that is—by maintaining the publisher’s copy as the first listed seller.*

In another interesting, potentially related issue, the Authors Guild has received information from several sources that Amazon is attempting to coerce publishers into using its print-on-demand (POD) services. That is, Amazon would like publishers to pay Amazon to print the hard-copy books it fulfills for the publisher, in addition to the fees they take for distributing the book and their so-called “marketing” charges. In other words, when you order a hard-copy book on Amazon, it would not ship you a publisher-supplied copy from its warehouse, but Amazon would print a copy and ship it to you. Presumably, it will set up little print shops all over the country to fulfill orders even more quickly than it does now. And Amazon would save costs on storing inventory.

It’s hard to believe that Amazon’s desire to take over the book-printing business (in addition to book retail) is not tied to its new use of algorithms to determine the featured seller. Imagine the following scenario. If a publisher agrees to use Amazon’s POD services, and Amazon has the ability to instantly print and deliver books, then copies furnished through Amazon’s POD service would always end up the featured seller. So, by using Amazon’s POD service, the publisher could ensure that its own copies would beat out any second-hand seller for pride of place. Even if Amazon may not be directly telling the publishers they have to use its POD services, it may be forcing them to do so by implementing this new policy. That looks an awful lot like a “tying” arrangement under the antitrust law.

Amazon has already done enough damage in the book industry. It has devalued books by setting the price and consumer expectations for ebooks and hard copy books artificially low, even taking a loss to do so. And it extracts an unreasonable fee from the sale of any book through its site, as compared to the services it provides, and charges extra for things it calls “marketing services,” such as making a book discoverable on its site. Amazon gets away with this because it has monopoly and monopsony power over the retail book industry. Without a fair and open publishing marketplace, publishers will soon lose the ability to invest in the books that advance our knowledge and culture.

*After receiving further clarification from Amazon, we have struck this sentence, as it provided an inapposite comparison between physical (hard-copy books) and digital goods (streaming movies and television programs). Amazon does, in fact, permit third-party sellers of DVDs and CDs to win the buy boxes, in the manner it now permits third-copy sellers of hard-copy books to do so. The better comparison to streamed copies of movies and TV shows are ebooks, for which there is no legal reseller market today.