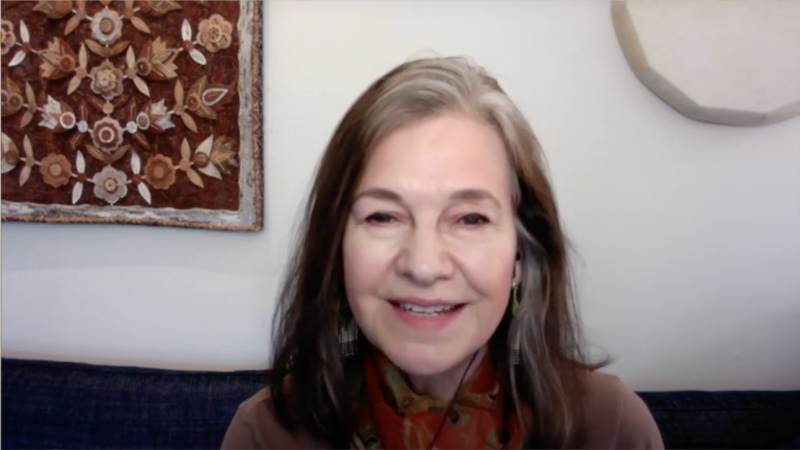 The Authors Guild is particularly pleased to celebrate the news that our friend and longtime colleague Louise Erdrich recently won the 2021 Pulitzer Prize for Fiction for The Night Watchman. The novel, loosely based on the experiences of Louise’s grandfather, centers on a middle-aged security guard and Chippewa tribal council leader at the Turtle Mountain Reservation who takes on the U.S. government when it tries to displace thousands of Native Americans and terminate their tribe during the early 1950s.

A graduate of Dartmouth College, Louise received her MA in Creative Writing from Johns Hopkins University, where her graduate thesis eventually was published as the poetry collection Jacklight. Three years later, she returned to Dartmouth as a writer-in-residence in its Native American Studies program, where she began developing her debut novel Love Medicine, which went on to win the 1984 National Book Critics Award.

Louise subsequently has gone on to publish 17 literary novels, as well as volumes of poetry, children’s books, short stories, and a memoir of early motherhood. She is the winner of the 2012 National Book Award for Fiction for The Round House, and the 2009 Anisfield-Wolf Book Award for The Plague of Doves. Other honors and awards include a Guggenheim Fellowship, the Library of Congress Prize in American Fiction, the prestigious PEN/Saul Bellow Award for Achievement in American Fiction, and the Dayton Literary Peace Prize. She currently lives in Minnesota with her daughters and owns Birchbark Books, a small independent bookstore focused on Native arts and culture.

A former member of the Authors Guild Council and current member of our Advisory Board, we honored Louise with the Authors Guild’s Award for Distinguished Service to the Literary Community at our annual Authors Guild Foundation Gala held on May 18, just three weeks before Columbia University announced the winners of this year’s Pulitzer Prizes. You can watch a recording of her conversation with Rumaan Alam HERE.

We thank Louise for all her contributions to the Authors Guild and the literary community and congratulate her on a long, brilliant writing career that never wavers in realistically depicting the lives and culture of Native Americans, while at the same time highlighting the universality of the human condition.

We also congratulate Authors Guild member Carolyn Forché who was nominated for the 2021 Pulitzer Prize for Poetry for her collection In the Lateness of the World and to all Guild members who have been honored with literary awards this year.