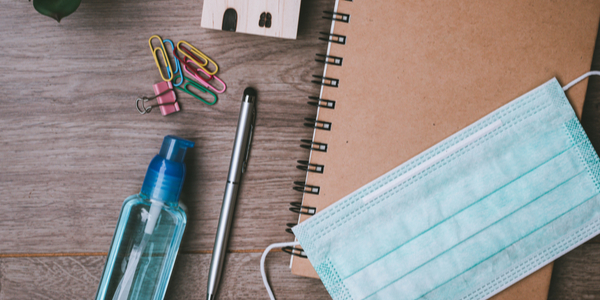 The results from the Authors Guild’s third and most recent survey of authors (members and non-members) show that incomes in the writing profession have continued to decline during the pandemic with a higher percentage of writers reporting some loss of income.

Of the 669 total respondents, a staggering 71.4% reported that their income (from any source) had declined since the crisis began. Respondents reported losing 49% of their regular pre-pandemic income on average.

The results from this survey contrast the strong revenues and sales posted by large trade publishers in 2020—driven largely by children’s and YA and the success of political, BLM, and celebrity-authored books. This is the first of our three surveys in which a substantial percentage of authors reported lower than normal book sales as a major cause of their income losses after loss of speaking engagements and freelance opportunities.

While the results show some improvement in authors’ ability to access unemployment relief since the start of the pandemic—in so far as a greater percentage of authors who applied for PUA were approved than before and fewer applications were pending—a relatively small percentage of authors, only 24.5%, reported applying for any benefits. This may be due to a lack of knowledge about benefits or the fact that some states make it difficult to obtain PUA and have not granted PUA benefits to authors and other creators who have a small amount of W-2 income (the most recent COVID-19 relief package passed in December 2020 does allow those with both W-2 and 1099 income to obtain up to $100 per week in supplemental MEUC (Mixed Earner Unemployment Compensation) benefits in addition to state and federal payments). Moreover, most authors have not attempted to obtain PPP loans because of a lack of understanding of how that program can assist them, earlier reports that the funding was going primarily to corporations, and a lack of clear guidance on loan-forgiveness terms. Further, a number of respondents complained about the non-responsiveness of their state unemployment agencies, difficulties in accessing applications, and rejections.

We thank everyone who took the time to respond to our survey. The data we collect from these surveys is critical to our advocacy.

Authors cited cancellation of speaking engagements and loss of freelance journalism work as two leading causes of their income decline, followed by lack of teaching opportunities, declining book sales and self-published income, contract cancellations, and payment delays as the other contributing factors. The survey results showed that:

The most recent survey suggests a higher percentage of authors may be looking to unemployment and other financial relief to supplement their income losses. 24.5% of the respondents of our latest survey reported that they had applied for unemployment or another type of COVID-19 relief.

Of the respondents who applied for regular unemployment:

Of the respondents who applied for PUA:

Of the respondents who applied for PPP loans:

Of the respondents who applied for EIDL loans:

Of the respondents who applied for an emergency grant or loan from a private foundation or fund:

The following is a sampling of the almost 300  narrative responses we received that highlight the factors contributing to the decline in income, including flagging book sales, difficulties in accessing unemployment relief, and lack of speaking engagements, teaching jobs, and freelance work: