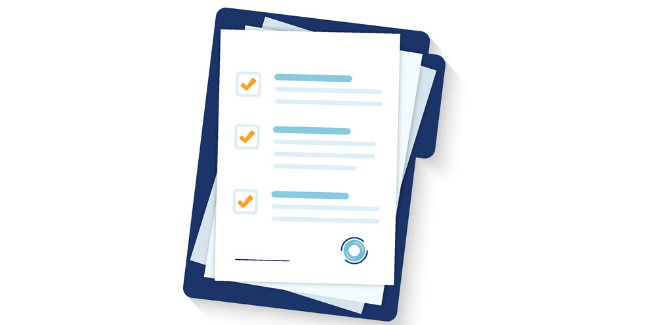 Provides guidance to authors, agents and attorneys when negotiating with trade publishers

New York (March 12, 2020): The Authors Guild today unveiled its updated online Model Trade Book Contract to serve as an educational tool to help guide authors, attorneys and literary agents when negotiating book contracts with trade publishers. Incorporating all or some of the clauses from the Model Contract will help ensure that writers receive the rights granted them under current U.S. copyright and contract law. The 2020 online version is the first update to the Model Trade Book Contract in nearly a decade.

“The flood of pirated ebooks in the market, the continuing decline of book buying, consolidation and monopolization of the markets and increasing pressure on mainstream publishers to price books low or offer bundled discounts makes it harder than ever for writers to earn a living through book sales,” said Mary Rasenberger, Executive Director of the Authors Guild. “At the same time, traditional book contracts have become so opaque that it takes an agent or lawyer to understand them. We thought it time to create a new model that clearly articulates all the terms of the contract in plain English. The Model Contract also offers suggestions on what writers, either through their agents or negotiating with publishers on their own, can do to retain more control over their intellectual property and have a larger say in licensing and resale rights.”

The Guild’s Model Trade Book Contract has set the gold standard in the industry for decades. It serves as both an advocacy initiative as well as an instructional tool, describing what book contracts should look like.

“The Guild wanted to be responsive to both authors and agents who asked for a model contract that focused purely on the practical aspects of book contract negotiations and offered a fair deal for all parties involved,” said Rasenberger. “In creating this latest version, we solicited feedback from the Association of Authors’ Representatives (AAR) and several other independent agents who reviewed the Model Contract. We thank them for their valuable input and assistance.”

Authors invest months, often years, writing a full-length work of fiction or nonfiction, which often exacts a substantial financial and psychological toll not only on the writer but also on his or her family members. Authors owe it to themselves and their loved ones to educate themselves about the rapid changes occurring in the publishing industry, including changes and additions in publishing contracts, even when represented by a trusted literary agent.

“The AAR applauds the efforts of the Authors Guild in informing its members about the business of publishing and in providing them a model contract. We were pleased to provide suggestions to this new model that aims to recognize the differences between ideal and realistic terms that publishers may grant,” said Gail Hochman, President of the AAR, which shared insights and provided input on the recommended language and strategies included in the new Model Trade Book Contract. “As agents, we match our clients’ work to the right publisher, negotiate the best deal possible and educate our clients on the realities of publishing. Clients who are knowledgeable about the various aspects of a book contract and confer with their agents enable those agents to be more effective at representing the clients’ interests. As the title ‘Model Contract’ makes clear, this is aspirational—it shows what a publishing agreement might look like in an ideal author/publisher relationship.”

As an example of how using the Guild’s Model Contract can benefit book authors, Rasenberger pointed to the recent addition of moral clauses in many publishing contracts, which arose in response to the rapidity in which rumors and scandal spread through social media.

“Be it allegations of sexual misconduct, embracing an ethically questionable organization or making inappropriate statements, these moral clauses grant publishers the right to cancel an author’s book without warning or penalty even if the alleged impropriety turns out to be untrue,” she said. “While it’s unlikely you or your agent will be able to convince some publishers to remove such a clause from the contract completely, we suggest some language and provisions that would reduce the risk of a publisher exercising it without true cause.”

The Model Trade Book Contract consists of 35 sections covering all aspects of licensing, publishing and distributing an author’s book. The Guild’s Model Contract not only provides the recommended language for each section, but also explains why the provision was worded that way and offers suggestions on how to negotiate the inclusion of such a clause with a publisher.

For most authors, writing books is as much a labor of love as it is a commercial venture. Nonetheless, authors must receive fair compensation for their work and feel secure about the protection of their intellectual property to ensure the continuation of a vibrant literary culture that entertains, educates and inspires millions of readers.

“U.S. law treats authors and other independent creators as though they are businesses with equal bargaining power as the entities with which they contract. In reality, authors generally have little negotiating influence, often being treated more like employees absent the steady paycheck and benefits. That’s why it’s so important to replace convoluted language with clear provisions that account for and anticipate all the various publishing and licensing scenarios,” Rasenberger added.

The Authors Guild is the nation’s oldest and largest professional organization for writers. Its mission is to empower working writers by advocating for the rights of authors and journalists. The Guild protects free speech and authors’ copyrights, fights for fair contracts and a living wage and provides an engaged and welcoming community for all published authors.