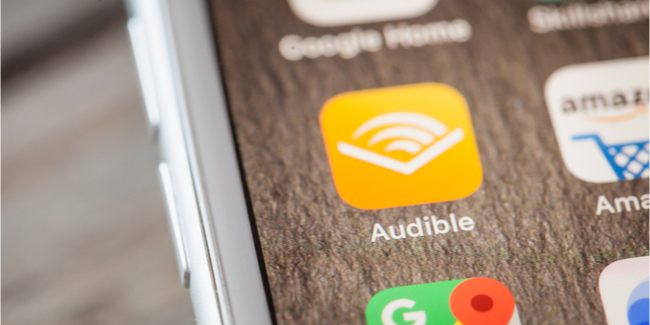 New York—In response to the Association of American Publishers (AAP) filing an action today in the United States District Court for the Southern District of New York to enjoin Audible from providing to its audiobook consumers machine-generated text of literary works, the Authors Guild said the following:

“The Authors Guild strongly supports the lawsuit filed today by the Association of American Publishers (AAP) and seven of its publisher members against Audible to enjoin Audible from providing machine-generated text of literary works to its audiobook consumers. Without authorization and in violation of its contracts with publishers, Audible added a text feature to its audiobooks. Text and audio are different book markets, and Audible is licensed only for audio. It has chosen to use its market power to force publishers’ hands by proceeding without permission in clear violation of copyright in the titles,” said Mary Rasenberger, Executive Director of the Authors Guild.

“The Authors Guild shares AAP’s outrage over Audible’s refusal to accept fairly negotiated terms or to negotiate with publishers. As we previously stated, ‘the Captions program appears to be outright, willful copyright infringement, and it will inevitably lead to fewer ebook sales and lower royalties for authors for both their traditionally published and self-published books,’” added Rasenberger.

Rasenberger pointed out that among the titles infringed and listed in the complaint are the books of Authors Guild President Doug Preston, past president Mary Pope Osborne, Authors Guild Foundation board member Lee Child and Authors Guild Advisory Council member Judy Blume, as well as other well-respected Authors Guild members.

“My contract is crystal clear that the only rights conveyed to Audible are for voice recording and playback. The rights to reproduce text in any way are specifically withheld,” said Authors Guild President Doug Preston. “I can’t believe that Audible has so little respect for authors, contractual promises, and copyright that it thinks it can just help itself to rights it doesn’t have, by fiat. There is a simple English word to describe this: and that is theft.”

Lee Child noted: “I’m all in favor of anything that brings more stories to more people with more convenience, but I would much prefer a distributor knocked politely on the front door, rather than breaking in the back door.”

About the Authors Guild
The Authors Guild is the nation’s oldest and largest professional organization for writers. Its mission is to empower working writers by advocating for the rights of authors and journalists. The Guild protects free speech and authors’ copyrights, fights for fair contracts and a living wage and provides an engaged and welcoming community for all published authors. For more, visit https://authorsguild.org.