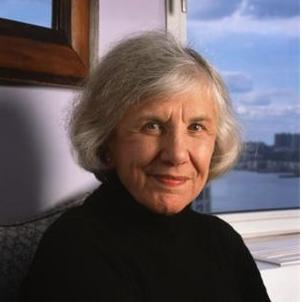 We are heartbroken to announce the passing of Deirdre Bair, award-winning biographer and devoted member of the Authors Guild Council. She was lost unexpectedly at the age of 84 this past Saturday.

Deirdre joined the Authors Guild in 1978, the year her biography Samuel Beckett was first published. She had poured years of her life into that work, which was recognized with the National Book Award for Biography. Samuel Beckett was followed by a streak of high-profile biographies of enigmatic figures including Simone de Beauvoir, Carl Jung, and Al Capone. Her 2007 book, Calling It Quits, examined the phenomenon of late-life divorce.

“Deirdre Bair was one of the luminaries of the literary world,” says Roxana Robinson. “Her biographies are exemplars of scholarship and perception, combining modesty and empathy with acuity, and creating a model for the genre. But Deirdre was more than a brilliant writer, she was an exemplary person—kind, warm, and compassionate, diligent and committed to the task. We were lucky to have her with us at the Authors Guild, lucky to have her wisdom and energy and support. We will miss her as a member of the Council; I will miss her as a friend.”

Deirdre’s most recent book, Parisian Lives: Samuel Beckett, Simone de Beauvoir, and Me, was released just last fall. The “bio-memoir” pulls back the curtain on the relationship between a biographer and her subjects. Indeed, Deirdre’s literary legacy is shaped by her penchant for coaxing untold stories as much as her unique ability to portray the humanity beneath a public persona.

“It was a joy to get to know her and also quite a thrill,” says Scott Turow. “I thought of the de Beauvoir biography as one of the very best I’d ever read, offering such a comprehensive and sympathetic portrait of a remarkable figure. I’m sure I would have been gobsmacked if you’d told me when I was reading that I would ever get the privilege of spending time with its author.”

We at the Authors Guild are honored to have known Deirdre Bair and are stronger for the guidance, generosity, and support she offered our community. We send our warmest condolences to her family and loved ones. In the words of Authors Guild Treasurer Peter Petre, “Warm, wise Deirdre—she will be sorely missed.”

Donations can be made to the Authors Guild Foundation, at 31 East 32nd St, New York, NY 10016 with a note directing it to the Deirdre Bair Fund, or https://www.authorsguild.org/donate/the-deirdre-bair-fund/.