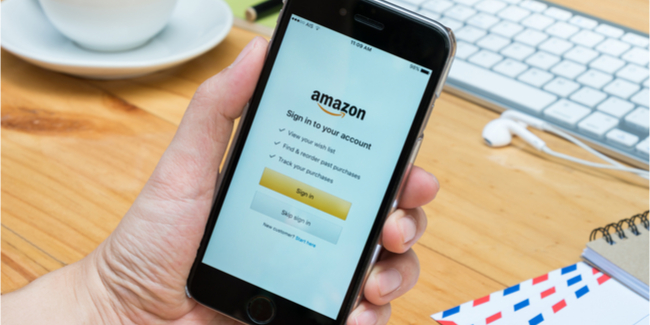 The Authors Guild has arranged a procedure with Amazon for resolving authors’ complaints with their Amazon book listings.

Guild members have raised a variety of concerns about their Amazon listings. Members have reported instances where the “buy box” for their books pointed customers to non-“new,” or non-royalty bearing copies sold by Amazon resellers—an issue we have written about (see below)—as well as instances of infringing copies of their books sold by Amazon resellers. In addition, some authors have discovered customer reviews of their books that clearly violate Amazon’s own guidelines. Members in many of these cases have reported frustration or confusion about Amazon’s complaint procedures, and we would like to offer some help and an alternative.

For the past year, we have opened a direct dialogue with Amazon and have been reporting these types of incidents to them on an informal basis. We have learned which issues represent legitimate use cases and which do not, and we have been able to get these issues resolved.

After discussions with Amazon, we have agreed to an additional procedure that will directly flag issues where Authors Guild members feel they are being harmed as authors (not as customers), and online communications with Amazon have not borne fruit in a timely manner. Authors Guild members may now file complaints directly with the Guild. The Guild will review all of the author complaints to determine whether they raise problems that Amazon can or should address.

The Guild will not be able to successfully resolve every issue, of course; but in cases where the incident has been in violation of Amazon’s policies, they have worked with us to resolve them. In other cases, Amazon has heard us out and has been willing to review policies that work to the detriment of authors.

How to Let Us Know About Your Issues with Amazon

Authors Guild members may contact us at staff@authorsguild.org or here if 1) they have an issue with their books’ Amazon listings, such as where a third-party seller has won the “buy box” when there are publisher copies readily available, 2) infringing copies of their books are being sold, or 3) fake or abusive reviews of their books remain on their books’ pages. We ask that members attempt to resolve these problems directly with Amazon first through their normal complaint procedures (see below). The Guild will review all complaints for accuracy, and where we find problems that are in violation of Amazon policies or are potentially harmful to authors generally, we will send them on to Amazon. Members’ input is valuable to us since it helps us gather important information about authors’ issues and helps Amazon address issues as they arise.

Ways to Communicate with Amazon Directly

Abusive or Incorrect Reviews
The Guild has also discussed with Amazon problems related to members’ Amazon ratings being lowered by reviews which are clearly incorrect (about a different book or author), or which are based on factors not relating to the quality of the book itself (for example, about the physical condition of the book). There have also been situations when the review process is unfairly skewed by biased individuals—such as by blatantly homophobic reviews or reviews attacking an individual author for personal reasons. Amazon has expressed appreciation for our feedback and is committed to reviewing these issues and exploring solutions.

Meanwhile, if you have problems with fake or incorrect reviews, or reviews that otherwise violate guidelines for Amazon.com community participation, Amazon tells us that you should click on the “Report Abuse” link adjoining the review to let Amazon know about fake, incorrect, or abusive reviews.

Infringement
Infringement of your copyrights or trademarks should first be reported through your publisher or here.

Customer Complaints
If you have any complaints as a customer rather than as an author—such as receiving a book labelled as “new” that is not new—you should communicate directly with Amazon through customer service. Information can be found on their Help page.

Importance of Reporting Complaints and Marking ARCs and Remainders
It is especially important that you let Amazon know when resellers are marking books as new that do not qualify as new under Amazon’s definition or when you see infringing or counterfeit copies of books being sold on Amazon. Amazon relies heavily on customer complaints to police bad actors and to keep resellers honest. Authors should also ensure that publishers are marking promotional and remainder copies clearly, so they cannot be resold as new.

Background: Problems with the Buy Box

Amazon decided about a year ago to allow third-party sellers offering “new” copies the ability to win the buy box. This buy-box policy is one that Amazon already had in place for all other types of products, but when they extended the policy to books, non-royalty-bearing copies (sold by third party sellers) were able to win the “buy box.” In such cases, the authors reported a sharp drop in the sales of royalty-bearing copies, resulting in lost income. We wrote to our members about this change in policy and received a rash of complaints from those authors who saw their sales go to resellers and non-royalty-bearing copies of their books. While the Guild (along with others) failed to convince Amazon to reverse their decision to apply the policy to books, Amazon agreed to work with us to help members where third-party sellers won the buy box in violation of Amazon’s policies—such as when a book labeled as “new” is not in fact new.

Under Amazon’s policies, only books identified by sellers as “new” should be able to win the buy box. Resellers sometimes mislabel copies of books they are selling as “new” when they look new but are not (for example, advance review copies, remainders, and returns from bookstores). Amazon created a separate definition of “new” for books to clarify that books marked as “Bargain” or “Remainder” do not qualify:

New: Just like it sounds. A brand-new, unused, unread copy in perfect condition. The dust cover and original protective wrapping, if any, are intact. All supplementary materials are included and all access codes for electronic material, if applicable, are valid and/or in working condition. Books with markings of any kind on the cover or pages, books marked as “Bargain” or “Remainder,” or with any other labels attached, may not be listed as New condition.

Some publishers have started to mark advance review copies and remainders, which should help prevent those books from being wrongfully sold as “new.” Indeed, the complaints have slowed down considerably in recent months, although they have not entirely ceased. Since Amazon polices their resellers by responding to complaints rather than vetting resellers upfront, books can be mislabeled and sold as “new” for as long as no one complains. That is where our new partnership can help our members—by collecting and amplifying your complaints.