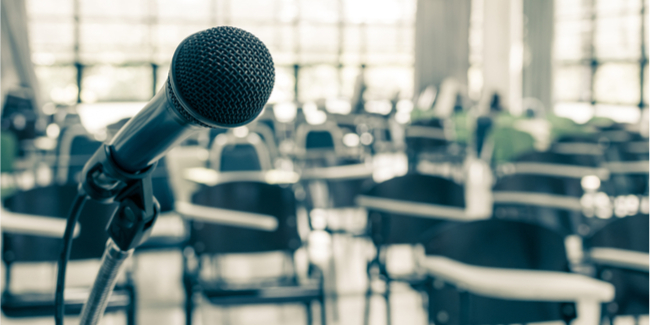 President Trump is threatening to use federal research funds as a cudgel against colleges and universities that, in his view, discriminate against speakers with conservative views. The Authors Guild is alarmed by this threat to academic independence and we join educators who oppose it.

We have signed the statement below, issued by the American Association of University Professors. Trump made the threat, ostensibly in the name of “free speech,”  in an address last Saturday (March 2) to the Conservative Political Action Conference. As the AAUP statement notes, the proposal is “a dangerous solution to a largely nonexistent problem.”

Trump has been no friend of free speech, as we have noted many times before. While the nature and limits of free expression have recently become points of contention on campuses around the nation, our institutions of higher learning remain bastions of robust discourse. University communities should be able to invite speakers of their choosing, and these decisions must be left to the members of those communities.

While we’re awaiting the actual text of any purported executive order, we have seen Trump use federal funding selectively to punish his perceived enemies, and we fear this is another example.  A threat to withhold crucial research dollars is more likely to chill free speech than to promote it.

Read the AAUP statement below.