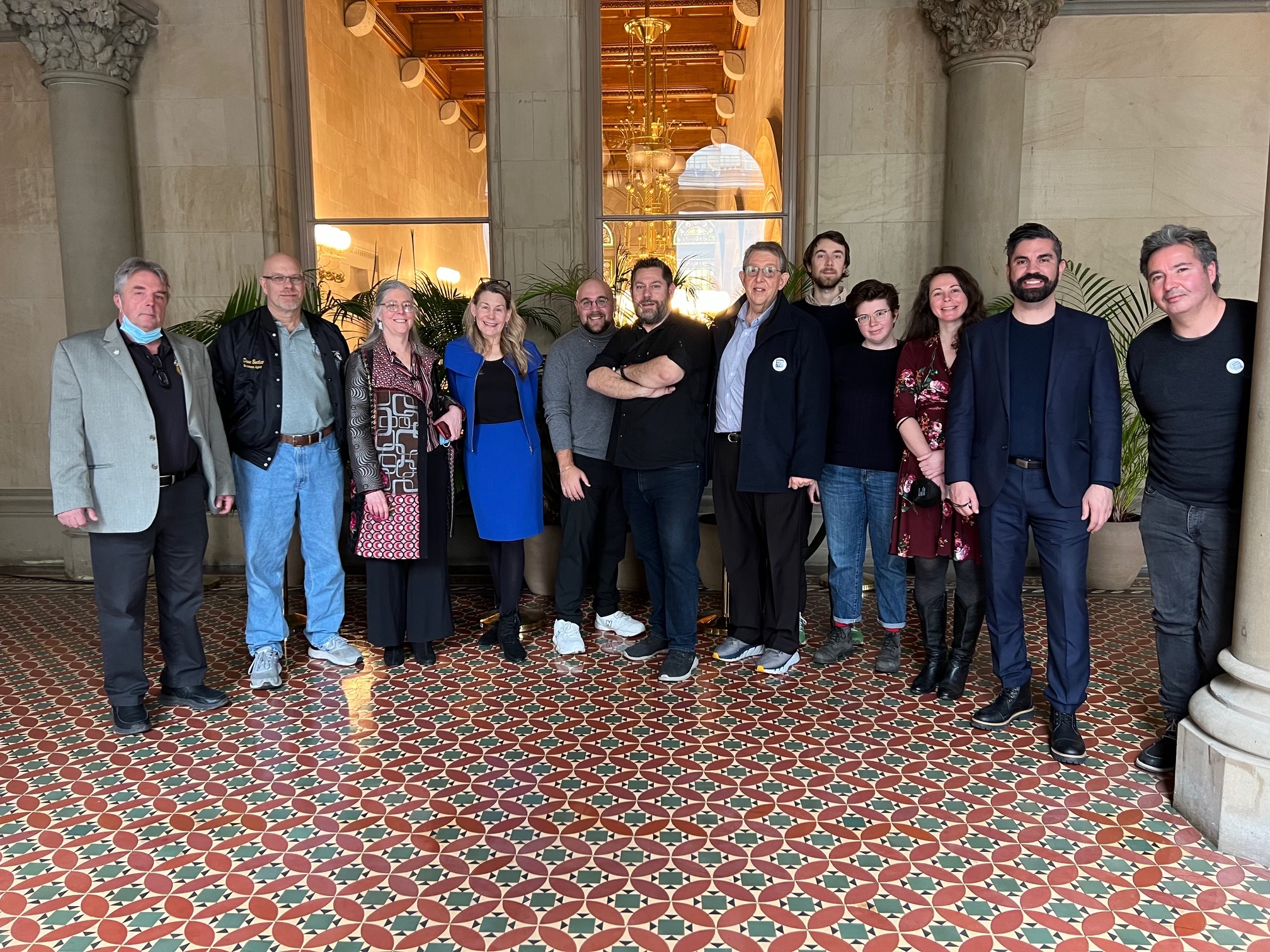 “Today, some publications and publishers take advantage of the fact that freelancers have none of the legal protections that employees have under our laws nor the means to enforce their contracts—if they have them,” said Mary Rasenberger, CEO of the Authors Guild, who took part in today’s efforts in Albany to convey to state legislators the need for S8369 and the unique challenges that freelancers face. “We have seen a dramatic increase in the number of complaints from writers about very late payment or nonpayment. It is not fair that workers paid on a 1099 rather than a W-2 basis have to chase down their pay.”

“The Freelance Isn’t Free Act ensures that freelance workers have enforceable contracts with employers and that they are paid on time and in full,” Rasenberger continued. “It extends the law already proven successful in New York City to freelancers in the rest of the state. It is a step in the right direction for a vital segment of the state’s workforce.”

The Authors Guild serves nearly 12,000 freelance writers, journalists, and book translators whose labor brings artistic beauty, ideas, expertise, and insight to us all. These workers do this with no minimum wage, unemployment benefits, which were painfully inaccessible over the course of the pandemic, or other employee protections, nor do they receive benefits such as employer health and other insurance or paid time off, and also have little to no ability to negotiate the terms of their work. Even worse, employers are often slow to pay, unconscionably delaying payment by months sometimes.

“If FIFA became law, freelancers would have the protections of written contracts, 30-day payment terms, and the ability to collect double what they are owed should the employer fail to abide by those provisions,” Rasenberger added. “We thank Senator Gounardes and Assemblyman Bronson as well as State Senator Jessica Ramos, chair of the Senate Labor Committee, and Assemblywoman Latoya Joyner, chair of the Assembly Labor Committee, for understanding the importance of this bill. We urge the legislature to enact this law and eliminate the precariousness freelancers experience daily, enabling gig workers to devote their talents to fulfilling assignments and less time chasing recalcitrant payers.”