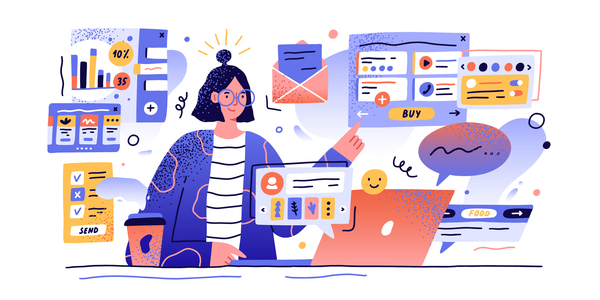 California legislators are revising the controversial AB-5 employment misclassification law in response to pressure from creator groups. The law, which went into effect earlier this year, inadvertently threatens the livelihoods of the state’s freelance journalists, editors, videographers, and photographers by forcing many to be classified as employees rather than independent contractors. As a result, many California-based freelance writers and journalists have reported losing clients. Now, thanks to the efforts of various creator advocacy groups, the California State Senate is considering amendments intended to help. While the bill, AB-2257, is not perfect, its criteria are more clearly defined, which should provide both freelance writers and their employers greater certainty about their relationship. The new bill also creates more room for employers to continue to hire freelance writers as independent contractors without the fear of running afoul of California laws or facing fines.

As described in our blog posts earlier this year, the AB-5 law forces all freelancers to be classified as employees unless they satisfy the so-called “ABC test.” Under this test, workers must:

A. be free from the control and direction of the hiring party in connection with the performance of the work;

B. perform work that is outside the usual course of the hiring party’s business; and

C. be customarily engaged in an independently established trade, occupation, or business of the same nature as the work performed.

Most freelance journalists fail to satisfy the “B” prong and therefore cannot qualify as independent contractors under the ABC test. However, AB-5 also contains certain exceptions, including a business-to-business exception and an explicit exception for certain freelance writers, editors, illustrators, and newspaper cartoonists, provided the freelancer does not submit content to the same employer more than 35 times per year. This 35-submission threshold has been the subject of controversy because it leaves journalists, bloggers, and columnists who write weekly or even daily pieces for publications subject to the strict ABC test. The new bill, currently making its way through the California State Senate, would replace the arbitrary 35-submission threshold with a new set of contextual requirements to determine whether certain categories of workers are subject to the stricter ABC test or the laxer Borello test, the prevailing standard prior to the Dynamex decision, which California courts used to determine whether workers are independent contractors or employees for purposes of state taxes and benefits.

The AB-2257 bill replaces the 35-submission threshold with a more nuanced approach. Under the bill, “a freelance writer, editor, copy editor, illustrator, or newspaper cartoonist” is exempt from the ABC test if their contract specifies:

And, if the freelance worker isn’t:

In addition, the hiring entity must be able to show that their relationship with the freelance worker meets the following six conditions:

On top of all these new requirements, courts reviewing a misclassification violation will still need to analyze the employment relationship under Borello. Although this system remains unfortunately complex, it is far more responsive to the realities of the freelancing business and freelancers’ individual behaviors than the rigid 35-submission threshold under the current AB-5 law.

AB-2557 has gained significant momentum in the last few months. The bill unanimously passed the State Assembly in June, is currently under consideration at the Senate Appropriations Committee, and has until August 31 before it must be sent to Gov. Gavin Newsom for approval. If passed, it is set to take effect immediately and should provide some measure of relief for California’s freelance writers, editors, and illustrators.

We will keep you posted on developments around this bill and other efforts to blunt AB-5’s impact on California’s creative community.