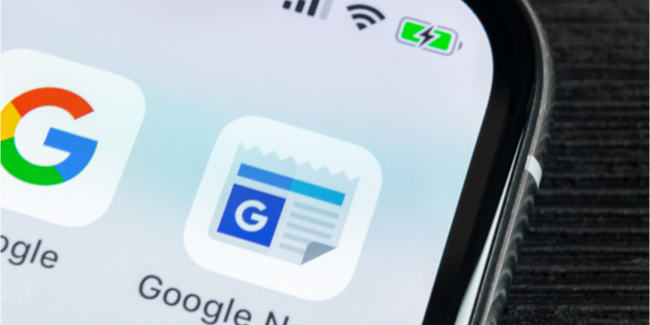 On March 26, the European Parliament approved a new copyright directive that, when implemented into E.U. members’ national laws, will help both to bolster journalism and to curtail internet piracy. The legislation, over two and a half years in the making, is a major victory for authors’ interests on the continent and globally.

The Directive on Copyright in the Digital Single Market—while, like any legislation, is less than perfect—will address across Europe two of the major issues under U.S. law that the Guild is actively lobbying to fix: 1) the crisis in journalism caused in part by the siphoning of advertising dollars from news publishers to tech platforms (even though the latter create no original content and take minimal responsibility for the content that drives the traffic they profit from); and 2) the insufficient incentives for internet service providers to cooperate to curtail the piracy of creative works on their services.

The new Directive still needs final approval from E.U. member countries—an outcome that appears quite likely—and then each member country will have two years to pass its own legislation implementing the substance of the Directive. While full implementation throughout the E.U. will take some time, the new laws ultimately will benefit content creators from around the world whose works are posted to or transmitted by internet services anywhere in the E.U.; and they may serve as a model for other countries.

The two sections of the Directive most relevant to writers relate to news journalism and internet piracy, as discussed above. They are Articles 15 and 17.

Article 15 (Article 11 in the original 2016 legislation, if you’ve followed the debates it sparked) concerns the plight of the news industry in the digital marketplace. It seeks to ensure that more revenue goes to the organizations actually producing news content, as opposed to merely aggregating it. Accordingly, Article 15 requires internet service providers (“ISPs”), including large tech platforms like Google and Facebook, to acquire licenses for news articles published by E.U.-established entities if those articles are reproduced on the ISPs’ platforms. The legislation is intended to help news organizations obtain some revenue from services (like Google News) that display more than “very short extracts” of articles. As the preface to the law provides, “publishers of press publications are facing problems in licensing the online use of their publications to the providers of [online] services, making it more difficult for them to recoup their investments.”

Although some have been referring to this as a “link tax,” this is not true; the law expressly states that it “shall not apply to acts of hyperlinking.” This Directive addresses head-on the new reality that many people today share and read news on platforms like Google and Facebook rather than the news publishers’ sites, and, as a result, the bulk of the ad revenue generated by news-related content has been transferred from the publications that invest in and create that content to the internet platforms, draining money from the news industry at an alarming rate (a two-thirds decline in U.S. news journalism ad revenue from 2006 to 2016, along with commensurate cuts in newsroom staff since 1990). And because a democracy relies so heavily on the survival of the free press on both local and national levels, it is a potential crisis for our social order as well.

The Authors Guild hopes that the U.S. will follow the E.U.’s example and pass legislation to alleviate the plight of news rooms soon. The reduction in news revenue has forced layoffs by and closures of news publications and led to the insistence of many surviving newspapers to acquire all rights from freelancers in perpetuity. On April 3, Reps. David Cicilline (D-RI) and Doug Collins (R-GA) reintroduced the Journalism Competition and Preservation Act, a measure that would provide news organizations with a four-year window within which to collectively bargain with online content distributors like Google and Facebook without violating antitrust laws.

The Guild will be following the progress of both the E.U. Directive and the Journalism Competition and Preservation Act, so keep an eye on our newsletters to stay informed.

Article 17 (formerly Article 13) seeks to address the menace of internet piracy. It imposes liability on web platforms for hosting user-posted infringing works unless the platforms cooperate with copyright owners by taking certain actions to control piracy. Namely, to be Article 17–compliant, the platforms must, in the absence of having received authorization to reproduce a work:

Recognizing that newer, smaller ISPs won’t be able to afford the newest and best artificial or human filters for infringement, the Directive applies a lower standard to those that are less than three years old and have an annual turnover of less than 10 million Euros.

The comparable U.S. law is Section 512 of the Digital Millennium Copyright Act. Unfortunately, several U.S. courts—including federal appellate courts—failed to understand that the law was meant to incentivize internet service providers to actively cooperate to police piracy; and their decisions, which erased from the statute four separate conditions for ISPs to be protected from liability—turning a multi-pronged law into a mere notice-and-takedown statute—are now controlling law. So we’re stuck with reductive interpretations of Section 512 dating from the early 2000s—the internet go-go days—when no court wanted to be accused of slowing the progress of the digital economy. The Authors Guild is actively lobbying to have Congress clarify Section 512 so that it is more in line with the E.U. Directive’s Article 17. In fact, we’ll be participating in a Copyright Office roundtable on the topic next week.

Google recently said that it was considering pulling its news service from the E.U. as a result of the Directive. In a statement posted on Twitter, Google characterized the law as likely leading to “legal uncertainty.” It added, however, in a subsequent tweet that might strike some as less than credible, that it “look[s] forward to working with policymakers, publishers, creators and rights holders as EU member states move to implement these new rules.”

We do hope that the tech giants can cooperate with copyright stakeholders and lawmakers to successfully implement the Directive. In the meantime, we’ll keep working with U.S. lawmakers to make sure they understand that protections like those in the E.U. Directive are necessary here, too, to ensure the future of the American creative economy.