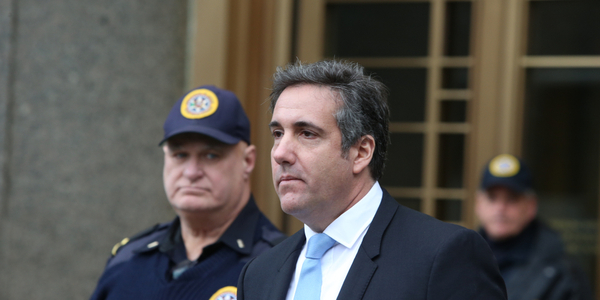 On July 23, 2020, Judge Hellerstein of the Southern District of New York found that the Bureau of Prisons had wrongfully removed Michael Cohen from home confinement and returned him to prison as retaliation for his writing a book criticizing the president. The judge held that the “Respondents’ purpose in transferring Cohen from release on furlough and home confinement back to custody was retaliatory in response to Cohen desiring to exercise his First Amendment rights to publish a book critical of the President and to discuss the book on social media. Accordingly, Respondents are hereby enjoined from any continuing or future retaliation against Cohen for exercising his First Amendment rights.” On July 30, the Department of Justice withdrew its request for a gag order, saying “the parties agree that a specific provision regarding Petitioner’s contact with the media is not necessary.”

On May 21, Cohen was released from prison to his home through a furlough program because of the COVID-19 public health crisis. He was supposed to be formally transferred to home confinement after his furlough was completed on May 31. When the May 31 deadline passed without the process being completed, the Bureau of Prisons effectively extended the furlough. On July 2, Cohen tweeted a reference to the “favorable ruling” issued by the Southern District in connection with Mary Trump’s book, and went on to state “I am close to completion of my book…anticipated release date will be late September.”

When Cohen and his counsel, Jeffrey K. Levine, made a scheduled visit to the U.S. Probation Office on July 9 to continue working on the home transfer process, they were presented with a Federal Location Monitoring Agreement setting out restrictions to be placed on Cohen, the first of which was “No engagement of any kind with the media, including print, tv, film, books, or any other form of media/news.” Cohen and Levine allegedly questioned this language and commented that it would prevent Cohen from completing and publishing his book. The probation officers left Cohen and Levine for some time, after which U.S. marshals arrived and returned Cohen to prison.

On July 20, Cohen’s counsel, aided by the ACLU, filed a petition for a writ of habeas corpus alleging that remanding Cohen back to prison violated his First Amendment rights, and asking the Southern District to order Cohen’s release to home confinement under conditions to be set by the court. In a phone hearing conducted on July 23, Judge Hellerstein ordered the Board of Prisons to restore Cohen to house arrest on July 24, 2020. The parties agreed that Cohen would be bound by the other limitations set forth in the Federal Location Monitoring Agreement, and by a modified version of the first provision which “shall be consistent with the First Amendment and legitimate penological limitations on conduct to which the parties mutually agree or the Court subsequently orders.”

The attempt to keep Michael Cohen’s book from reaching completion and publication appears to be another instance of the Trump Administration’s efforts to quash books critical of the president. Recent attempts to enjoin Mary Trump’s and John Bolton’s books have been soundly struck down by the courts, and both books have become bestsellers.