Controlled Digital Lending Is Neither Controlled nor Legal 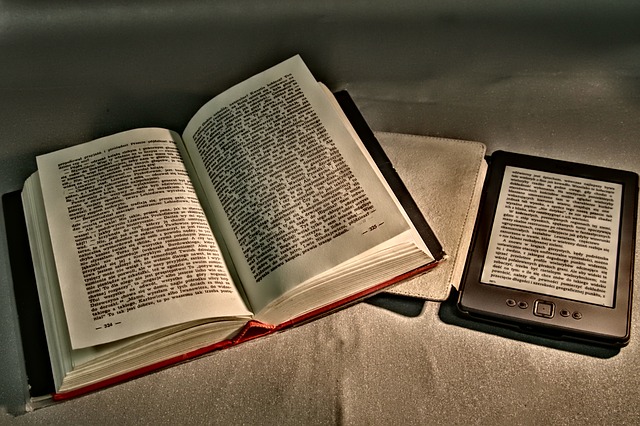 “Controlled Digital Lending” or “CDL” is a recently invented legal theory that allows libraries to justify the scanning (or obtaining of scans) of print books and e-lending those digital copies to users without obtaining authorization from the copyright owners. A position statement on CDL, along with an accompanying white paper, was issued this past October by legal scholars, the culmination of several academic meetings on the subject. The statement and paper argue that it is fair use for libraries to scan or obtain scans of physical books that they own and loan those books through e-lending technologies, provided they apply certain restrictions akin to physical library loans, such as lending only one copy (either the digital copy or the physical copy) at a time and only for a defined loan period.

A couple dozen organizations, including Internet Archive, as well as a number of academics and academic librarians, are listed as signing the position statement. Several major library systems, including the California State University libraries and the Boston and San Francisco public libraries, are signatories and apparently already rely on CDL to e-lend scanned copies of books.

Recently, Internet Archive’s Open Library has started rejecting notices sent by Guild members asking for unauthorized digital copies of their books to be taken down, citing that it “operates consistently with the ‘Controlled Digital Lending.’” There are two problems with the justification. First, although Internet Archive managed to convince the State of California that it is a “library,” as a website open to the whole world, it is not a library with a defined user base in any traditional sense. Second, copyright law does not support the practice of even true, traditional libraries offering unauthorized scans of books to its users on an e-lending basis, despite the patina of legality in the white paper.

CDL relies on an incorrect interpretation of copyright’s “fair use” doctrine to give legal cover to Open Library and potentially other CDL users’ outright piracy—scanning books without permission and lending those copies via the internet. By restricting access to one user at a time for each copy that the library owns, the proponents analogize scanning and creating digital copies to physically lending a legally purchased book. Although it sounds like an appealing argument, the CDL concept is based on a faulty legal argument that has already been rejected by the U.S. courts.

In Capitol Records v. ReDigi, the Second Circuit held that reselling a digital file without the copyright holder’s permission is not fair use because the resales competed with the legitimate copyright holder’s sales. It found that market harm was likely because the lower-priced resales were sold to the same customers who would have otherwise purchased new licenses. In this regard, the court emphasized a crucial distinction between resales of physical media and resales of digital content, noting that unlike physical copies, digital content does not deteriorate from use and thus directly substitutes new licensed digital copies.

The same rationale applies to the unauthorized resale or lending of ebooks. Allowing libraries to digitize and circulate copies made from physical books in their collection without authorization, when the same books are available or potentially available on the market directly competes with the market for legitimate ebook licenses, ultimately usurping a valuable piece of the market from authors and copyright holders.

CDL’s supporters tout their theory as a way to make more readily available older books from the 20th century that are in libraries’ stacks but not available in electronic formats. They argue that some of the books may be orphaned and the rights owners cannot be located, but that argument is specious, and can only be made with a straight face by someone who has no idea how to find authors or publishers. The Authors Registry is able to find approximately 90% of authors of out-of-print books in approximately 30 minutes. True orphans do exist but are a small minority. For others, the white paper drafters assume that, if they are “unavailable in the digital marketplace,” no one has any plans “for revitalization in modern formats,” as though authors lose interest in their older books, even at times when they might need income from those books the most.  CDL’s proponents seem completely ignorant of the large and growing markets for ebooks of older works, whether they are self-published by the authors, by publishers like Open Road and Rosetta who specialize in such books, or by authors reselling reclaimed rights to traditional publishers.

CDL’s threat to author incomes and the ebook market comes from two directions: 1) unauthorized scanning and e-lending of books that were previously published only in physical formats would usurp the market for creating new ebook versions; and 2) instead of purchasing library ebook licenses (which are more expensive than consumer editions for good reason), libraries would simply digitize the print book from their collection, depriving authors and publishers of important licensing income. Needless to say, if Internet Archive’s plans to expand Open Library broadly to all libraries are realized, it would eventually decimate the market for library ebooks, put a massive dent in the ebook market in general, and usurp authors’ rights to bring their older works back into the market.

We Need to Stop This Nonsense!

Positions like CDL serve to widen the misperception that authors and public libraries are on opposing sides of copyright law, which is simply not the case. Most librarians respect authors and copyright law, and they want authors to be able to keep writing. The vast majority of authors, for their part, support and love their libraries and want libraries to own and circulate their works. But authors need to be compensated for their work like everyone else. Trade book authors don’t get salaries or other fixed compensation; copyright is their only currency. Open Library and other CDL proponents’ failure to understand the importance of respecting authors’ copyrights is backwards thinking hidden under a false veil of progressivism. We must stop this Controlled Digital Lending nonsense in its tracks.

The Authors Guild has proposed licensing solutions that would make those works readily available, but the tech and library sectors have refused to work with us on any such proposals, even to engage in a pilot program. If Internet Archive and their followers truly want to provide internet access to those books, they can easily create solutions to do so while respecting authors’ rights—namely, they could license them. We have drawn the roadmap for mass licensing of books, starting with the Google Books settlement, then our proposal to the Copyright Office for a pilot for mass digitization extended collective licensing, and for a platform to allow authors to license their books directly to libraries. None of it would be hard to achieve if those who wanted to provide access had the will to do it legally.