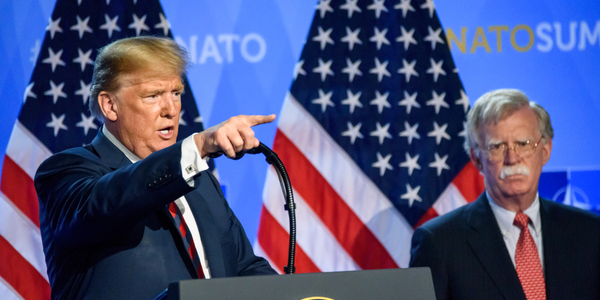 On Saturday, June 20, the D.C. District Court denied the government’s motion for a temporary restraining order and preliminary injunction barring former National Security Advisor John Bolton from releasing his book, The Room Where It Happened. The Court recognized that the book had already been widely disseminated, citing Simon & Schuster CEO Jonathan Karp’s affidavit, which said that “[m]ore than 200,000 copies of the Book have already been shipped domestically.” Bolton’s counsel mentioned at the expedited hearing that a CBS news reporter had held and referred to the book while questioning the White House press secretary. As an additional example of the fruitlessness of the injunction the government requested, the book seems to have been pirated online. As the Court noted: “By the looks of it, the horse is not just out of the barn—it is out of the country,” and that “[f]or reasons that hardly need to be stated, the Court will not order a nationwide seizure and destruction of a political memoir.”

Judge Lamberth heard oral argument on Friday and held a subsequent private hearing in which he reviewed some of the classified information that the government alleged Bolton had disclosed in his book. The Court strongly criticized Bolton’s actions in the decision, saying he had “likely jeopardized national security by disclosing classified information in violation of his nondisclosure agreement obligations.” The government’s lawsuit is still ongoing, and, if the Court ultimately finds that Bolton has in fact disclosed such confidential materials, he may be subject to both civil and criminal penalties, as Judge Lamberth stated in his written decision: “Defendant Bolton has gambled with the national security of the United States. He has exposed his country to harm and himself to civil (and potentially criminal) liability.”

In its complaint, the government requested that Bolton’s profits from the book be put in a “constructive trust,” and as the Court confirmed, Bolton might well suffer a financial penalty if he’s found to have violated his nondisclosure agreements. We will continue to monitor this litigation and will provide updates.