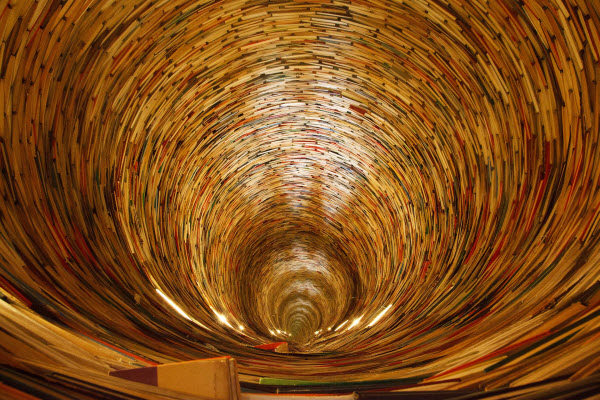 A week ago, the U.S. Court of Appeals for the Second Circuit ruled in Authors Guild v. Google that Google did no wrong in copying and displaying authors’ works without copyright permission because its actions were fair use. Authors Guild Executive Director Mary Rasenberger stated that the decision was a faulty interpretation of fair use doctrine. “In our view this decision allows Google to seize authors’ property, making it a serious threat to their livelihoods as well as the depth, resilience, and vitality of our culture,” she said.

Authors Guild Council and members have contributed to a passionate discussion on the potential long-term implications of the case. We’ve highlighted some of the comments that articulate why this decision is wrong–and why the Guild is prepared to take it to the Supreme Court.

“America owes its thriving literary culture to copyright protection,” Rasenberger said in comments to the media last Friday. “It’s unfortunate that a Court as well-respected as the Second Circuit no longer believes that wholesale copying of books to enrich itself at the authors’ expense is infringement.”

“We aren’t challenging the benefits of Google Books search engine, just the seizure of copyrighted material,” explained Authors Guild President Roxana Robinson.  Indeed, Authors guild members are perhaps the greatest users of Google Books search and know its benefits better than anyone. “But Google should be willing to compensate an author for copying her work for use in its database,” continued Robinson.

The Guild has clarified that its intent with the appeal was not to shut down Google Books, but simply to make sure authors get paid for their rights under law. Rasenberger said, “Google has made much of how hard it is to clear authors’ rights. Our sister organization, the Authors Registry, can assure them it is not difficult. We can show them how it’s done, and with far less money than Google has at hand.”

A key point the Guild makes is that capturing digital sources of income are crucial for professional authors to survive in the digital age. The writing and publishing economy is necessarily changing with the development of digital technologies, and sources of income will naturally evolve.

The shift to digital publishing is as great as the shift from hand-written manuscripts to the Gutenberg Press. “Let’s not wait 200 years this time around for authors to receive the protection they need. Just because new technology makes it easy to copy a text, that doesn’t mean it’s legal to do so,”  added Robinson.

Former Authors Guild President Scott Turow pointed out that, “Google has copied every single word of copyrighted works and used them to enrich itself. It did not spend millions on scanning as a charitable venture. It did so to further vivify its search engine and to drive users to its site. Because Google pre-empted the market doesn’t mean that a market for searching of existing digital copies wouldn’t have emerged. It also doesn’t mean that publishers or groups of publishers wouldn’t have offered huge collections of titles for word or snippet search for a small fee or for the chance to sell the book directly to the user.”

“By allowing Google to take our entire work and profit from it, the Court is allowing others to do so too—in ways we cannot foresee today,” said author T.J. Stiles. “That’s a problem because authors may want to write and create in ways we cannot foresee now, as we find new means to transform—and profit from—our work. How will authors be able to participate in the digital economy if the world’s largest corporations are allowed to confiscate our work, and close off new markets and revenue streams? It stifles innovation.”

Now part of a parent company called Alphabet, Google scanned an estimated 20 million books before the appeal was filed. Depending on the work, it then makes almost the full text available to the public for searching on Google Books.

“Google has distorted the perception of its actions by insisting that it’s only serving up ‘snippets,’ a word which suggests small random scraps,” explained Guild President Robinson. “But that’s not accurate. These aren’t random scraps chosen by algorithm, but specific passages requested by the reader. Google has copied the entire book and allows readers to choose exactly what they want to see.”

“Google Books can be an effective research tool, often used by many of our members,” said Rasenberger. “Indeed, our case is bolstered by our members’ reports that they don’t need to buy the books they find because they get what they need from search queries.”