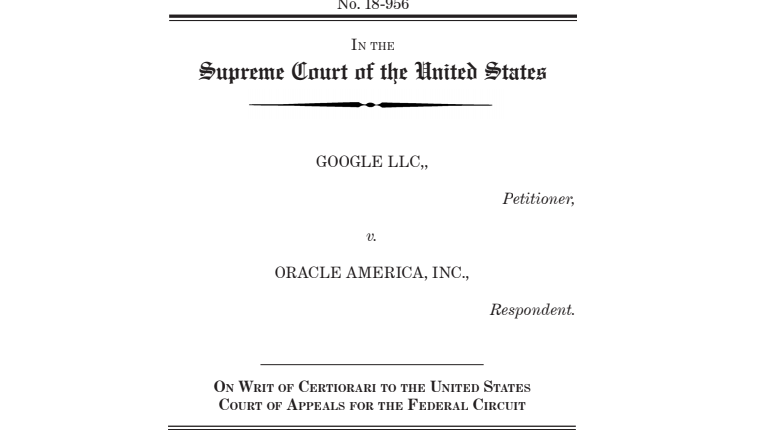 The Authors Guild and nine other groups representing the creative industries filed a “friend of the court” brief before the U.S. Supreme Court in the Google v. Oracle litigation. This case marks the first time since Campbell v. Acuff-Rose in 1994 that the fair use doctrine will be reviewed by the nation’s highest court.

Fair use is an important limitation on the exclusive rights of authors and creators but over the last twenty-five years its scope has been greatly expanded in lower courts. Our amicus brief urges the Court to clarify when a use is transformative – a subfactor of one of the four factors courts weigh in a fair use analysis. The Supreme Court first introduced the concept in Campbell and cases now rise or fall based on a finding of transformation, which some courts have stretched to mean “anything to anyone.”

The brief emphasizes the importance of the courts focusing instead on the fourth fair use factor—”the effect on the market for copyrighted works.” Unlicensed uses that will negatively impact existing and potential licensing markets for the copyrighted work should not be permitted as fair use, contrary to a recent trend in some circuits where infringers have been allowed to usurp new markets before they have a chance to develop. A clear rule from the Supreme Court on fair use could reset the fair use doctrine so that it continues to provide copyright law with some the “breathing room,” but not swallow it whole.

[embeddoc url=”https://www.authorsguild.org/wp-content/uploads/2020/02/18-956-Amici-Curiae.pdf” width=”100%” download=”all” viewer=”google”]
By continuing to browse or by clicking "Accept All Cookies," you agree to first- and third-party cookies being stored on your device to enhance navigation of our site, and to help us analyze our site traffic and personalize our content and ads.
Accept All Cookies
Manage consent