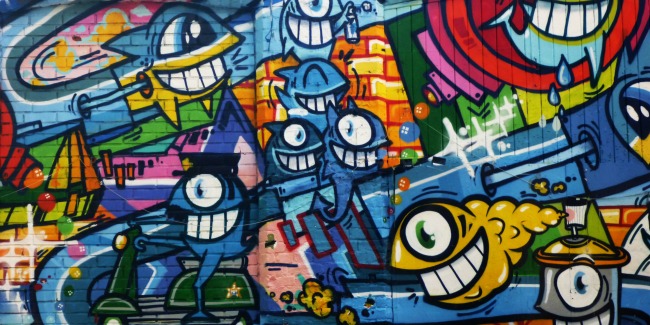 Graffiti artists have the right to protect their artwork from being painted over—even by the building’s owner—according to a New York court. But enforcing that right might take too long to actually prevent the artwork’s destruction.

After five years and at a cost of millions of dollars to the building’s owner, a dispute over the elimination of graffiti art on a building has finally been resolved. While it involved a unique situation and set of artists (graffiti,or as the court called them, “aerosol” artists), the 5Pointz decision issued by New York’s Eastern District Court on February 12 nonetheless highlights two issues of great importance to all creators: the high cost of copyright litigation and the absence of true moral rights for creators.

5Pointz was an industrial complex in Long Island City, Queens. Gerald Wolkoff, a real estate developer, purchased the property in the 1970s with the intention of demolishing and replacing it with a high-rise apartment building once the area had gentrified and property values had increased accordingly. In the meantime, he leased studio space to aspiring and established graffiti artists. The artists quickly transformed the industrial complex into a sprawling center of graffiti art—making it a work of art in itself.

In the early 2010s, Wolkoff finally decided to follow through with his plan and requested permits to demolish the complex. In 2013, 18 of the graffiti artists sought to stop him by seeking a preliminary injunction under a moral rights clause in the Copyright Act that grants visual artists (and only visual artists) the right to prevent mutilation or modifications of their artwork that would harm their artistic reputations, or that would destroy works of “recognized stature.” Too anxious to wait for the court’s ultimate opinion, Wolkoff proceeded to paint over most of the graffiti art, destroying the work of hundreds of artists. In its recent decision, the court awarded the artists compensation for the destruction of their work, ordering Wolkoff and his company to pay $150,000 for each of the 45 destroyed works in question, for a total of $6.75 million.

Unlike visual artists, the moral rights of authors and other creators are not protected by U.S. law. Although the Copyright Office is studying the need to protect such rights (especially since international obligations require such a moral right), authors do not yet have a legal remedy to ensure that they receive proper attribution and that  the integrity of their work is preserved. As our survey on the subject showed, authors crave these rights and hope that Congress or the Copyright Office will right this wrong, which leaves creatives of all types in inequitable positions. While authors may not share the same concerns as visual artists over the destruction of a single copy of their work, they care deeply about receiving attribution for their work and want to have some control over substantive modifications to it—moral rights expressly recognized in almost every other nation but ours.

Photo by Sunyu on Unsplash