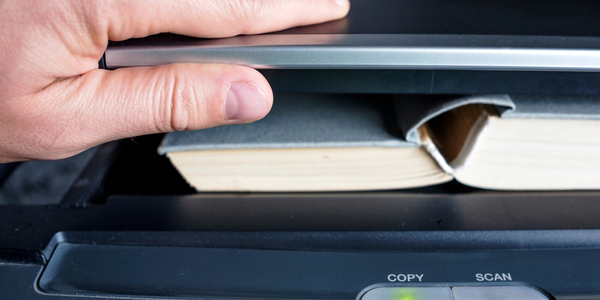 The Authors Guild is appalled by the Internet Archive’s (IA) announcement that it is now making millions of in-copyright books freely available online without restriction on its Open Library site under the guise of a National Emergency Library. IA has no rights whatsoever to these books, much less to give them away indiscriminately without consent of the publisher or author. We are shocked that the Internet Archive would use the Covid-19 epidemic as an excuse to push copyright law further out to the edges, and in doing so, harm authors, many of whom are already struggling.

With median writing incomes of only $20,300 a year prior to the crisis, authors, like others, are now struggling all the more—from cancelled book tours and loss of freelance work, income supplementing jobs, and speaking engagements. And now they are supposed to swallow this new pill, which robs them of their rights to introduce their books to digital formats as many hundreds of midlist authors do when their books go out of print, and which all but guarantees that author incomes and publisher revenues will decline even further.

IA is using a global crisis to advance a copyright ideology that violates current federal law and hurts most authors. It has misrepresented the nature and legality of the project through a deceptive publicity campaign. Despite giving off the impression that it is expanding access to older and public domain books, a large proportion of the books on Open Library are in fact recent in-copyright books that publishers and authors rely on for critical revenue. Acting as a piracy site—of which there already are too many—the Internet Archive tramples on authors’ rights by giving away their books to the world.

Last year, the Authors Guild and authors sent hundreds of takedown notices to IA and protested the inclusion of their books in the Open Library program. Now, during this pandemic that has severely disrupted authors’ lives and choked the publishing industry, IA once again is undermining authors’ ability to make a living and decide who gets access to their copywritten material.

As the Authors Guild has written before, IA’s Open Library has already infringed the rights of hundreds of thousands of living authors as well as estates. IA self-designated itself as a library, though in actuality it is nothing but a website operator that sends millions of books to China for illegal scanning and then lends those books as ebooks out to anyone who visits their site—all in clear violation of copyright law. Unlike a real library, IA never bought or licensed the ebooks it distributes through its Open Library website. Until now, Open Library at least limited the “lending” to one user at a time for each hard copy book scanned (which in some cases includes dozens of copies of a particular title), comparing it to libraries lending out a hard copy book.

IA has made far-fetched claims that it is protected by fair use, but an appellate court case last year squarely decided the issue against them, as we advised them it would. There is simply no basis in the law for scanning and making copies of entire books available to the public. Now, IA has gone further and stripped away the one-user-at-a-time limitation so that any number of readers can access any of 1.4 million books at any time through a couple clicks on openlibrary.org.

As we have learned from prior conversations with IA when we pointed out the illegality of Open Library and the harm to creators caused by giving away books for free online, IA’s leadership is unsympathetic to the plight of authors and their need to earn money from their work. They were insensitive to our arguments as to why unlicensed, unpaid delivery of free books hurts authors and harms the public good in the long run. They were, and clearly still are, unable or unwilling to make the connection between authors’ ability to pay bills and the ability to keep writing. Although IA pays its staff, it apparently doesn’t believe that authors who write as a profession (as compared to academics who write books) need to be paid—as though authors live on air alone. When IA takes authors’ books without paying and gives the books away to anyone in the world who wants them, it is doing nothing less than stealing directly out of authors’ pockets.

As Authors Guild President Doug Preston states, “IA’s Open Library is giving away books that are not theirs to give away. It’s as though they looted a bookstore and started handing away books to passersby. They are hurting authors and bookstores at a time when they can least bear it. Anyone in America already has access to free ebooks through local libraries. There are over 100,000 libraries in the country where the public can access free ebooks.”

A Solution Without a Problem

AI is pretending to fix a nonexistent problem. It claims that the so-called “Emergency Library” is meant to provide students with “access to assigned readings and library materials that the Internet Archive has digitized for the remainder of the US academic calendar.” There are several misrepresentations in that statement.

There is no new, unfulfilled need for students to have free books due to the coronavirus. Students are indeed facing major challenges during this period, but access to books is not one of them. Publishers are already addressing any needs created by the closures and ensuring that students and their teachers have access to the books they need. The Association of American Publishers has posted a listing of many publishers’ programs to get books to students, teachers, and parents during the shutdown. And students are already accustomed to buying or renting their books online; indeed, many universities don’t even have physical bookstores anymore, and many textbook publishers deliver books to students through online subscription services. The shutdown has not interfered with these online markets.

Hitting Us When We’re Down

Publishers and authors want their books read. Readers do not need Open Library to come to the rescue by further harming the marketplace for books—at a time when the industry is already feeling incredible pain from the bookstore and library closures. Publishers, authors, bookstore owners, and readers have been coming together in magnificent ways these last few weeks to support this fragile industry, so much of which relies on razor-thin margins. Bookstores are closing, forced to lay off staff, small publishers are already hurting so badly that some fear going under if the shut own lasts too long. Everyone is working to support one another and especially the bookstores, so vital to our literary culture. But rather than supporting authors and book publishing, the Internet Archive is undermining it when the industry faces a crisis of epic proportions.  Appalling indeed.