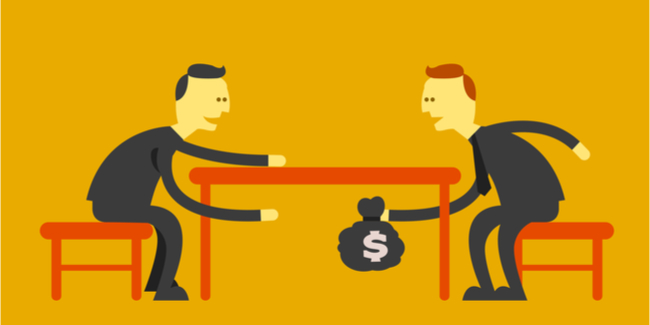 It’s always a good idea to check your 1099 form carefully for mistakes, but especially if you receive one from Amazon. Recent reports indicate that money launderers have gotten into the self-publishing business—well, sort of. CreateSpace, Amazon’s self-publishing service, has been used by criminals to launder money by using a real author’s name and social security number, where the author received a 1099 form for sales and profits of a fake book. If left uncorrected, these fraudulent sales can have major tax repercussions for the authors.

In late-February, an energy and commodities market expert, Patrick Reames, published a blog post and spoke with the former Washington Post reporter Brian Krebs about a disconcerting experience he had had with Amazon. Reames, a journalist who has co-authored a few technical books (but has never self-published), received a 1099 form from Amazon. According to the form, he had earned approximately $24,000 from the sales of a self-published book entitled Lower Days Ahead. But he had never heard of the book, and had never used Amazon to publish any book. Reames looked the book up and discovered that it was mainly a collection of meaningless gibberish, but was selling for $555 on Amazon. Since Amazon gives 60% of the sales price to CreateSpace authors, the book would have had to sell around 90 copies to have netted Reames $24,000.

Reames never received a cent. He believes that scammers were using his social security number and name to commit money laundering and tax evasion. According to Reames’s theory, the scammers created the book and used stolen credit cards to buy it multiple times. Since Reames was listed as the author, he was slammed with the tax burden. Based on Reames’s research, there seem to be hundreds of other nonsensical CreateSpace books as ridiculously high-priced as Lower Days Ahead that may well also have been used for money laundering.

Although Reames contacted Amazon, they refused to help since, as Reames reports they told him, Reames could not prove that he had never received the money. Instead, they simply suspended the scam account and provided Reames with documentation saying that he was contesting the 1099 form. Amazon also refused to provide any information about the account it paid money to or other information that might help identify the actual creator of the fake book. At the same time, Amazon states that authors who believe that they have been victims of fraud should contact them using their website and, if they have received suspicious or erroneous 1099 forms, contact them by email.

Although Reames seems to be the only published case of its kind thus far, authors should pay close attention to 1099 forms that come from unexpected sources, including Amazon and CreateSpace.