We Need Diverse Books: More Than a Hashtag 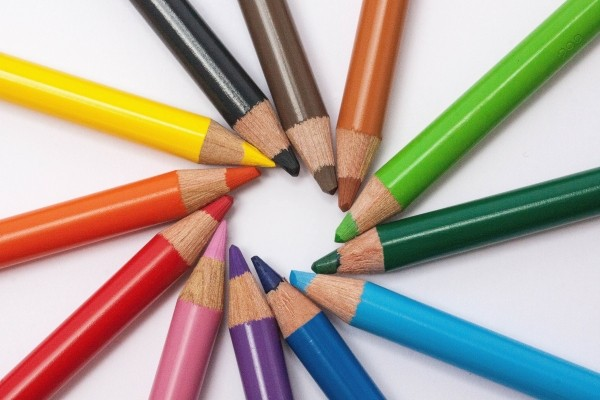 It’s no secret that the publishing industry is in the midst of major transition. It’s clear that promoting diversity—of ideas, voices, publishing models, and books—is  crucial to building a more vital literary ecosystem. We Need Diverse Books is an organization dedicated to the principle of achieving real diversity in the publishing industry—a model for the kind of creative thinking the industry needs right now. The grassroots group created a Summer Reading Series to expose young readers to literary diversity and began hosting a series of panels covering topics such as “What Are the Next Steps for Making Diversity in Publishing a Reality?” and “Reading as an Act of Expansion and Cohesion: Sharing Diverse Literature with Your School and Community.” And with two anthologies, Flying Lessons and Lift Off, set to be released by Random House Children’s Books in 2017 and 2018, We Need Diverse Books is proving itself to be a part of the movement that is actively working to improve our literary culture.

WNDB began as a Twitter movement in April 2014 in response to BookCon’s announcement of a homogeneous, all white, and mostly male lineup of authors for its “Blockbuster Reads” panel. When YA and middle grade author Ellen Oh saw the list, she took to Twitter with a group of 21 fellow diversity advocates and created the hashtag #WeNeedDiverseBooks as a forum to discuss the lack of diversity in the publishing industry. The hashtag garnered a massive response, and BookCon immediately organized a panel on diversity in children’s books. We Need Diverse Books emerged as an organization three months later. Today, the organization is thriving, providing diverse readers and writers with opportunities to write for and be part of a healthier and more diverse literary world.

The Authors Guild conducted the following interview with WNDB co-founder Ellen Oh to discuss how the movement was founded and its future role in the literary landscape.

Authors Guild: Why did you decide to take to Twitter to express your discontent with BEA’s “Blockbuster Reads” panel? Could you speak to the role of social media in the founding of the We Need Diverse Books organization?

Ellen Oh: Social media played a huge part in the success of both We Need Diverse Books as a campaign and then WNDB as a non-profit organization. It allows us to interact directly with like-minded people who care deeply about representation in children’s literature. It gave people a place to voice their opinions and have dialogue with so many others. And, in general, social media has been a great place for marginalized voices to be lifted up and be heard. Diversity campaigns, especially in children’s literature, are not a new thing. But what made the We Need Diverse Books campaign different was the impact and the widespread reach of social media on all platforms. Twitter, Tumblr, Instagram, Facebook, Pinterest—we covered them all.

It seems like the BookCon organizers saw the passion behind the Twitter movement and worked with you to develop something tangible from the hashtag. The result was the “The World Agrees: We Need Diverse Books” panel at BookCon. What were some of the topics you covered? What was most encouraging about the panel?

We knew going into the panel that in order to make a real difference in the industry, we had to have solid, tangible ideas that would address the problems stemming from lack of representation. So the first part of the panel was talking about how we could move forward as a social activist group by helping new writers from marginalized cultures break into the business by offering up grants and mentorships and a few other programming ideas which would become the base of what has become our core WNDB programming. The rest of the panel was amazing because of the lineup of authors that were speaking. Jacqueline Woodson, Matt de la Peña, Grace Lin, Lamar Giles, and Mike Jung were all sharing their tales of adversity and also their hope for the future. It was inspiring and challenging and a reminder of why representation in children’s literature is so important.

How did you take the momentum of the panel and transform We Need Diverse Books from a hashtag into an organization?

We started an Indiegogo campaign to raise $100k for programming initiatives. Specifically, publishing internships to bring POC [People of Color] directly into the industry itself, grants to unpublished writers from marginalized communities, donating free diverse books and author visits to Title 1 classrooms, mentorships where published authors mentor new writers, and the Walter Dean Myers Award for Outstanding Literature. Due to the generous donations of authors like Daniel Handler, Rachel Renée Russell, and so many more, we not only met our goal, we tripled it.

After receiving this funding, what sorts of initiatives has We Need Diverse Books undertaken to further its goal of achieving “a world in which all children can see themselves in the pages of a book?”

The internship program specifically is one of our proudest accomplishments! Chaired by Linda Sue Park and under the leadership of Anne Ursu, it directly addresses a fundamental problem in publishing—the lack of diversity within all aspects of the industry—from agent to editor to marketing and publicity. Our first year was so successful that 3 of our 5 interns are now working in full-time positions in publishing houses!

We are focusing most on our current base programming initiatives. We expanded our internships from 5 to 11 in one year. There is so much more we would love to do, but we would need to raise more funding for. So it’s our hope to do just that.

Aside from programming initiatives that get diverse young people involved in the industry, you’ve also mentioned that there are always adults—like librarians, parents, and teachers—intermediating between children and the books they read. How does We Need Diverse Books go about encouraging these individuals to be advocates for diverse books?

Education is key. Our summer reading series addresses the issue directly by helping people discover new books by using more popular titles as comparisons. The series has been widely successful and in fact we’ve heard from many librarians and booksellers that they print our series and put them on their shelves as booktalkers.

It seems like the educational component of the We Need Diverse Books Movement has come at a perfect time. 2014 was a landmark year for YA and children’s literature. How have you been able to leverage the success of YA literature in the literary landscape? Have you seen a change in the diversity of books published or in publishers’ willingness to promote diverse literature?

There’s definitely been a change in that there is a willingness from publishers, agents, librarians, booksellers, to actively seek out diverse writers and diverse titles. We’ve also seen recently a market change with several diverse books hitting the NYT list. That helps a lot. And we have to thank the librarians for also embracing diverse books and awarding them with their top awards.

This year Banned Books Week is focussing on diverse books. It’s been estimated that over half of all banned books are by authors of color or address issues of diversity. Do you see WNDB playing a role on countermanding this condition?

Our role is to promote a wide range of diverse narratives so that they are seen as a necessary and essential part of children’s literature. We hope that when these books become more commonplace, then they will not be seen as foreign or “other” and thus no longer met with suspicion and fear—which seems to be the reason for why most books tend to be banned.

You and a number of members of your team have talked about continuing the We Need Diverse Books initiative until the hashtag and the organization is no longer necessary. In your opinion, what would have to happen for that to be the case?

Our aim is to work ourselves out of a job so that the Walter Dean Myers Awards would be the one remaining ongoing program. We want to reach a point where we don’t need internships and mentorships because representation within the industry becomes completely diverse and inclusive. But we have a long way to go.

Thanks for your time, Ellen.