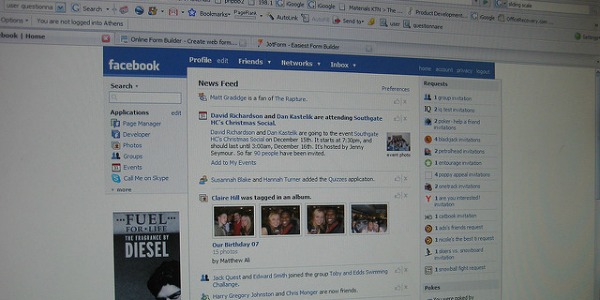 At the Authors Guild we often talk about the transfer of wealth from the creative sector to the tech sector—it’s one of the greatest threats to creators today. It manifests itself in everything from the Google Books project to Amazon’s strong-arming of authors and publishers to the way our Internet piracy laws favor tech corporations over individual creators. In one of its most insidious aspects, it has spurred the massive and ongoing contraction of the news industry over the last two decades. According to the U.S. Department of Labor’s Bureau of Labor Statistics, in 1990 there were nearly 458,000 people employed in the newspaper publishing industry; by 2016, that figure had fallen to about 183,000, a decline of almost 60 percent.

The News Media Alliance—a group of over 2,000 news organizations representing media outlets from giants like News Corp to small-town dailies—has announced its intention to negotiate collectively with the major online platforms. The alliance’s primary goal is to negotiate enforceable commitments from the Internet platforms to prioritize legitimate, well-reported news articles in search results (and conversely de-prioritize fake news), according to Jonathan Kanter, an antitrust lawyer for News Corp and the Alliance leading the effort. By negotiating collectively the group believes it can also obtain better terms on ad revenue sharing arrangements with the mega platforms Google and Facebook, which now account for 80% of online referral traffic, according to a Wall Street Journal op-ed by David Chavern, head of the News Media Alliance. Because antitrust laws prohibit publishers and suppliers from working together and pooling resources, the group will ask Congress for a limited antitrust exemption for the purpose of these negotiations.

In The New York Times, Jim Rutenberg pointed to the urgency of an action like this in the current news environment: “The maneuvering is about more than the fight for digital territory. It’s about the endurance of quality journalism—expensive to produce, and under economic pressure as never before—at a time when false, cost-free ‘reportage’ about things like ‘millions of illegal votes’ can gain enough prominence to drive federal initiatives.”

Guild members may recall that publisher collusion was also an issue in the book industry during the U.S. v. Apple case. There, the government—wrongheadedly, in our opinion—took antitrust action against a group of publishers working together to create an agency model for ebook sales, and to help develop an alternative to Amazon’s outsized market share in the book industry. But the government looked the other way when it came to Amazon and instead sued the publishers and Apple. We hope that Congress sees fit to provide the news publications with this much-needed ability to pursue deals on an industry-wide basis, allowing them to produce the type of accurate and well-reported journalism our civil society depends on, and to ensure that their posts—the real news, that is—are given more weight in algorithms than the false news generated by those with a political agenda.