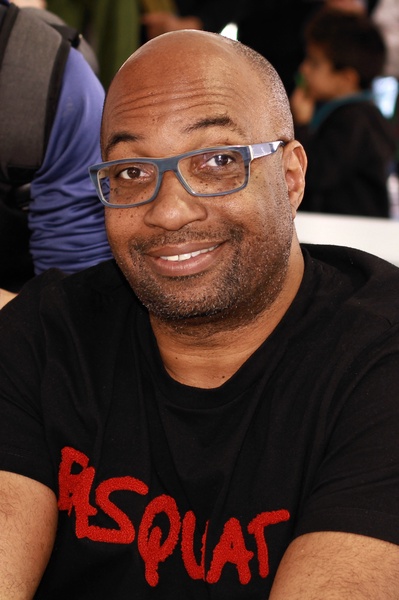 In this week’s issue, authors are speaking out in big ways: AG Council member Tayari Jones talks about her writing process and the challenge writers of colors still face; Salmon Rushdie reflects on the origins of story; a profile of Blue Box Press, which is making a huge splash with fantasy and romance titles; and poet Kwame Alexander and NPR listeners craft a poem capturing the pain and anguish of the pandemic.

Ask Yourself Which Books You Truly Love
The New York Times
Salmon Rushdie reflects on the origin of story and the tales of Arabian nights which came out of India.

U.S. Bookshow: Making Publishing More Inclusive Demands Leadership
Publishers Weekly
One year after the death of George Floyd, publishers and agents say only if leadership is held accountable and takes action will things truly change in the publishing industry.

In Blood and Ash, Blue Box Press Finds a Big Hit
Publishers Weekly
A profile of the new small press publisher Blue Box, which has scored it big publishing both fantasy and romance novels.

When Plagiarism was Reported to Voice of America, Managers Delayed Action for Months
The Washington Post
Despite a staffer noticing that “phrases, sentences, and even multiple paragraphs of a freelancer reporter matched those published by other news organizations” more than 14 months ago, leadership at VOA delayed acting.

‘I Wake With Wonder’: A Crowdsourced Poem Of Pandemic Pain And Hope
National Public Radio’s Morning Edition
After Morning Edition asked its listeners to send in poems using Maya Angelou’s poem “Still I Rise” as inspiration, NPR’s resident poet Kwame Alexander took lines from submissions to create a community poem about the challenges of the last year and hope for times ahead.