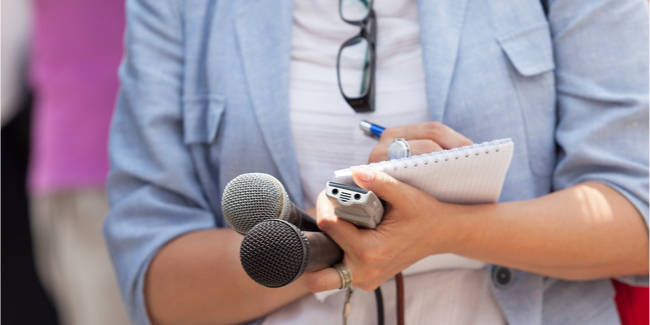 A decade ago, print, digital, television and radio news outlets employed approximately 114,000 journalists. That number fell below 86,000 last year, a drop of more than 25%, according to the nonpartisan Pew Center for Research. Newspaper advertising revenues in 2018, which combined with circulation revenues determine newspapers’ ability to make a profit, fell 13% in just 12 months to $14.3 billion.

In terms of impact on Americans and an educated electorate, a study by the University of North Carolina reveals that more than one in five local newspapers have closed in the past 15 years. Half of the 3,143 counties in the nation now only have one newspaper, usually a small weekly. Almost 200 counties have no newspaper at all, and these are often rural communities with scant broadband access, substantially limiting entire populations of poorer, older Americans to news access.

And it is only getting worse. In the first five months of 2019 alone, more than 3,000 journalists have been laid off or offered buyouts by Gannett, which owns USA Today, while McClatchy, the cable news channel CNN, and digital media companies like BuzzFeed, Vice Media and Vox have all significantly cut news staff. This puts 2019 on track to shed more journalism jobs than any other year since the 2008 recession.

At the same time, independent and government reports have confirmed that Russia and other nations hired a slew of so-called “citizen journalists,” to post blatantly false news and data via sites like Facebook and Google as a way to mislead or influence American voters during the 2016 election.

While numerous factors contribute to the loss of journalism jobs and the subsequent decline in accurate, quality news coverage, industry analysts on Wall Street and in Silicon Valley state that the two biggest reasons are “vulture capitalism,” and the market dominance of Facebook and Google, which account for three-fourths of U.S. online ad sales, making it increasingly difficult for news organizations to compete.

The bill, which would provide news publishers a safe harbor in which to collectively negotiate with platforms like Google and Facebook, could help news producers receive the fair distribution and monetization terms we’ve long been fighting to get from the duopoly.

According to an op/ed written by David Chavern, President & CEO of the nonprofit News Media Alliance, “…the major tech platforms set the rules for news publishers and determine how journalism is displayed, prioritized and monetized. They also capture the vast majority of all digital advertising dollars because of their unique ability to collect consumer data across the web. All of this has degraded the relationship between news readers and publishers and rewarded low quality ‘click-bait’ over quality information from real journalists. It has also greatly reduced the financial ability of publishers to invest in newsrooms at a time when our society most needs great, substantive reporting.”

Chavern explains the need for the proposed legislation, asserting that while Big Tech is simply too big and influential for news content creators to fight on their own, “there is power in numbers, which is what we need in order to have a fighting chance. The antitrust safe harbor bill would provide a four-year window for news publishers to collectively negotiate for fair terms that would flow earned subscription and advertising dollars back to the publishers, while protecting and preserving Americans’ right to access quality news.”

The Authors Guild, which counts many journalists among its more than 10,000 members, agrees with the News Media Alliance’s assessment, and strongly supports the House bill, H.R. 2054, and the Senate version, S. 1700, currently making their way through the two arms of Congress.

While the proposed “Journalism Competition and Preservation Act” will not solve all the challenges facing news organizations, Guild leadership believes it will give news content creators more control over the price of their content and enable them to wield more influence in terms of content access and distribution with news aggregators like Google and Facebook. This should give news outlets more latitude in building and maintaining robust newsrooms of experienced and talented journalists, supporting jobs and ensuring Americans continued access to the accurate, quality news and information necessary in a democratic society.

Please contact your district’s Representative and two Senators to urge them to vote “yes” on the Journalism Competition and Preservation Act when it comes up for a vote later this year.