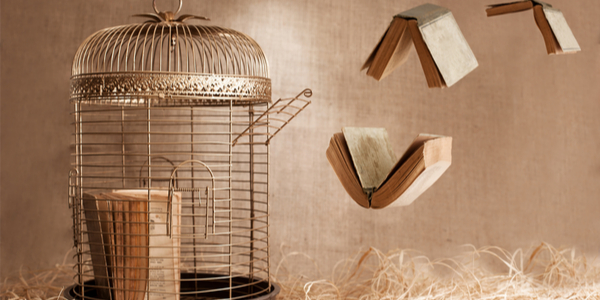 Our roundup of key news affecting authors. In this edition: The 4 Most Important Principles You Should Leverage as an Author, Winners of the Booker Prize, and more…

Atwood, Evaristo Jointly Win the 2019 Booker Prize
Publishers Weekly
“The judges, led by Peter Florence, director of the Hay Festival, were adamant in their decision to award the prize to both authors, despite rules explicitly saying this was not an option. “It was our decision to flout the rules. The more we talked about them, the more we found we loved them both so much we wanted them both to win.” The two authors will split the £50,000 prize money.”

The 4 Most Important Principles You Should Leverage as an Author
Forbes
“Despite publishing becoming an increasingly important field, the Authors Guild’s 2018 Annual Income Survey revealed that incomes of American authors fell to historic lows, declining 42% from 2009. And with the rise in other forms of entertainment, such as YouTube and social media platforms, authors are often hesitant to publish their work.”

The Literature Nobel Returns From Controversy to Court More
Vulture
“After a year off due to a Me Too scandal, the committee awarded its 2019 prize to Peter Handke, who defended Serbian war crimes.”

Polish, Austrian authors awarded Nobel Prize for literature
Los Angeles Times
“Tokarczuk was honored “for a narrative imagination that with encyclopedic passion represents the crossing of boundaries as a form of life,” while Handke was honored “for an influential work that with linguistic ingenuity has explored the periphery and the specificity of human experience.”

HBG Launches Hachette Go
Publishers Weekly
“Hachette Book Group is launching a new nonfiction imprint, under its Hachette Books division, that will publish in a variety of categories, including health, inspiration, food, psychology, self-help, and work.”

The Authoritarian’s Worst Fear? A Book
The New York Times
“Around the world, many authoritarian regimes — having largely corralled the internet — now have declared war on the written word, their oldest enemy.”

Would You Write a Cookbook for Next to Nothing?
The New York Times
“Many chefs and writers are asked to write cookbooks and food books for very little, and sometimes nothing. In the current publishing landscape, there is an expectation that people will do a lot more for a lot less.”