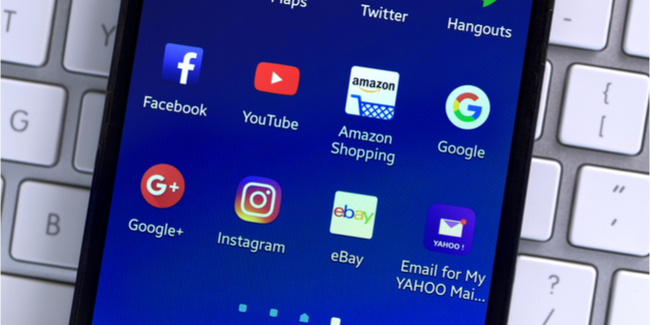 Tech giants were frequent visitors to Capitol Hill last year. Following revelations that Kremlin-linked hackers used social media to influence the 2016 U.S. election, Congress called lawyers and executives from Facebook, Twitter, and Google to testify about their role in allowing Russian interests to spread propaganda through their platforms. The internet giants also came under public scrutiny on speech and privacy issues and anti-competitive business practices, They reacted by reaching even further into their deep lobbying pockets. We hope that the recent scrutiny will also bring attention to the disproportionate influence some of these companies have on copyright policy.

According to year-end disclosures, tech giants spent lavishly on lobbying efforts last year, breaking previous records. By year’s end, Google had spent $18.04 million, the largest amount any company spent on lobbying in 2017. Facebook and Amazon both spent upwards of $10 million, while spending by Microsoft and Apple clocked in well over $5 million each.

While tech giants’ new spending records in D.C. come as a surprise to many, this is hardly a new trend. The Authors Guild and every other organization that represents creators and businesses that rely on copyright for their livelihood have felt the effects of internet industry money dumps in D.C. for years as they have tried to steer copyright policy to serve their interests at the expense of authors, artists, and musicians. Google and the Internet Association wield inordinate power over the copyright agenda in Congress and executive agencies. Ex-Google executives occupied high-level government posts in the Obama administration, such as Chief Technology Officer, Deputy CTO, Director of Citizen Participation, and other jobs with influence over copyright policies. Since last election, Google has been hiring Republican and conservative lobbyists in attempts to cozy up to the Trump administration, despite vocally opposing many of the President’s policies.

The tech sector’s record-breaking lobbying expenses may very well be a response to new challenges to their power by lawmakers and the judiciary, both in the United States and the European Union. But we have no reason to believe that these new challenges will shift their focus from content control to other business areas. Recent books about the mind-boggling rise of tech companies, such Jonathan Taplin’s Move Fast and Break Things, Franklin Foer’s World Without Mind, and Ariel Ezrachi and Maurice Stucke’s Virtual Competition: The Promise and Perils of the Algorithm-Driven Economy, underscore how public and cultural institutions vital to democracy are being threatened by the tech sector’s unbridled growth. Copyright policy has been—and will remain—a central battleground between private monopolies and the public good, and we will continue our fight to protect authors and creators without whom our democratic culture would no doubt flounder.

Here’s a summary of what the most prominent tech and telecom firms and their advocacy groups spent on lobbying in 2017 (data provided by ACG Advocacy):