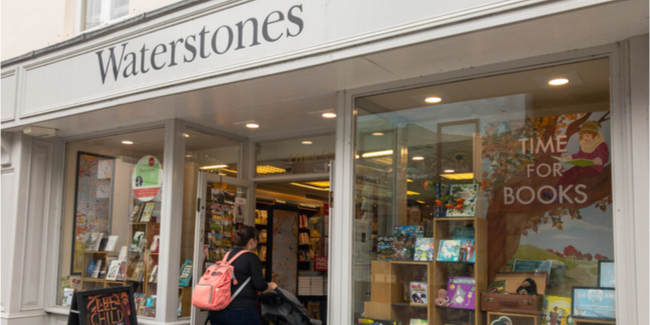 J.D. Salinger, E-Book Holdout, Joins the Digital Revolution
The New York Times
“‘I’ve spent my whole life protecting him and not talking about him,’ Matt Salinger said of his famously secretive father. But that is changing as he works to keep ‘The Catcher in the Rye’ and other J.D. Salinger works alive in the digital age.”

The Amazon Publishing Juggernaut
The Atlantic
“As Amazon Studios does with movies, Amazon Publishing feeds the content pipelines created by the tech giant’s online storefront and Amazon Prime membership program.”

Cengage Faces New Class Action Suit from Authors
Publishers Weekly
“The suit, filed yesterday…claims that Cengage is cheating their authors out of proper royalties for sales through its digital products—Cengage Unlimited, the company’s subscription platform, and MindTap, a more than five-year old service that enhances Cengage digital texts with multimedia capabilities, such as quizzes.”

Can Britain’s No. 1 Bookseller Save Barnes & Noble?
The New York Times
“This week, Elliott Advisors, the private equity firm that owns Waterstones, closed its deal to buy Barnes & Noble for $683 million. Mr. Daunt will move to New York City this month and serve as the new chief executive.”

Before You Market Your Book, Set Your Objectives
Jane Friedman
“The objectives are the pillars for everything you plan and do related to the marketing of your book. It’s your why, your goals, your dreams, all wrapped up into an action-focused package.”

Paging Big Brother: In Amazon’s Bookstore, Orwell Gets a Rewrite
The New York Times
“Some counterfeiters are going as far as to claim Orwell’s classics as their own property, copyrighting them with their own names.”