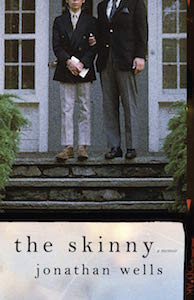 In this week’s edition, California gig workers successfully sue to strike down a newly enacted law backed by Uber and Lyft that would allow companies to determine who qualified as an employee; Barnes & Noble is still standing despite the continuing pandemic; Coffee House Press names a new publisher; Snopes co-founder knowingly plagiarized more than 60 stories on its site; 10 short stories with killer dialogue that celebrate voices beyond Hemingway and Carver; and more.

In Literary Hub, memoirist Jonathan Wells shares a craft essay on what to do when the dismissive voice in your head that keeps you from writing belongs to a parent.

A Judge Declared California’s Gig Worker Law Unconstitutional. Now What?
The New York Times
After California legislators enacted a law that required companies to treat certain contract workers as employees under the ABC test, Uber, Lyft, and DoorDash spent more than $200 million on Proposition 22 that rolled back the new law. After voters passed Proposition 22 in November 2021 election, gig workers and labor unions appealed claiming it violated the state’s Constitution. Superior Court Judge Frank Roesch agreed, striking down Prop. 22 for excluding gig workers from receiving workers’ compensation if they are injured on the job—stating that only the state could determine who qualifies for workers’ compensation. He also struck down a clause prohibiting gig workers from unionizing.

Barnes & Noble Climbs Back
Publishers Weekly
After shuttering all its physical locations during the pandemic, Barnes & Noble seems to have rebounded with book sales up 30% from this time last year and overall sales up 6%, though flagship stores in big cities like New York are still struggling.

Coffee House Press Names New Publisher
Publishers Weekly
Coffee House Press, one of the nation’s leading independent nonprofit literary publishers, named Anitra Budd its new Executive Director and Publisher. Budd is the third Publisher since the Minneapolis-based organization was founded in 1984, and the first woman and person of color to hold that role.

When the Dismissive Editor in Your Head Is Your Father
Literary Hub
“As a man of the world—successful, brash, handsome, a ladies’ man—my father was almost impossible to resist, except through reticence and refusal. I ate as little as I could and for 24 years I didn’t write a word,” states Jonathan Wells in this lovely essay both about craft and about finding your own way.

Snopes Retracts 60 Articles Plagiarized by Co-Founder: ‘Our Staff Are Gutted’
The New York Times
The fact-checking site has banned David Mikkelson, who owns half the company, from writing articles after a BuzzFeed News investigation identified multiple stories that co-founder plagiarized from news outlets as part of a strategy to scoop up web traffic.