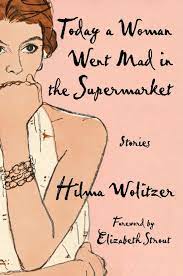 In this week’s issue, the latest venture from the Trumps is Winning Team Publishing; four authors reflect on a podcast they created to cope with the pandemic; a new plagiarism lawsuit asks if recipes have copyright protection; textbook publishers sue Shopify for failing to stop online piracy; 91-year-old author and Authors Guild member Hilma Wolitzer reflects on how to keep the writing fresh as she ages; and more.

Trump Allies Launch Publishing House with an Eye on Upending the Book Industry
Politco
Former Trump campaign aide Sergio Gor and Donald Trump, Jr. have launched Winning Team Publishing, which will publish a coffee-table book of photographs from President Trump’s White House. Industry insiders speculate that Winning Team might also publish Trump’s presidential memoir if he writes one to avoid the “embarrassment” of not getting as large an advance from a Big Five publisher as Barack Obama did after he left office.

Alice Sebold Apologizes to Man Wrongly Convicted of Raping Her
The New York Times
“Anthony Broadwater spent 16 years in prison after the author identified him as her attacker in an assault she described in her memoir Lucky. Scribner said Tuesday that it would stop distributing the book.”

Who Owns a Recipe? A Plagiarism Claim Has Cookbook Authors Asking
The New York Times
“U.S. copyright law protects all kinds of creative material. Recipe creators, however, are mostly powerless in an age and a business that are all about sharing.”

The Ironic Twist of Age: What It’s Like to Keep Writing at 91
Literary Hub
“Newer, younger writers keep coming up like chorus girls. But long-lived writers have one obvious advantage over the wunderkinds: more experience of the world,” says author Hilma Wolitzer. A long-time member of the Authors Guild and an American Academy of Arts and Letters Award in Literature winner, Wolitzer has just published a new short story collection with Bloomsbury.