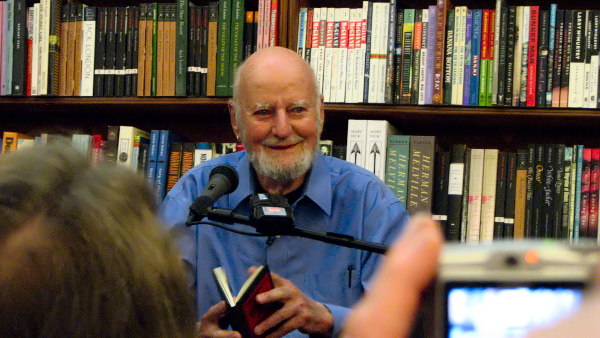 Lawrence Ferlinghetti, Poet Who Nurtured the Beats, Dies at 101
The New York Times
“An unapologetic proponent of ‘poetry as insurgent art,’ he was also a publisher and the owner of the celebrated San Francisco bookstore City Lights.”

Congressman and Others Vow to Fight Amazon, Monopolies
Publishers Weekly
The Institute for Local Self-Reliance hosted a webinar featuring Congressman David Cicilline (D-RI), chairman, Subcommittee on Antitrust, Commercial and Administrative Law, who said that Democratic lawmakers will defend small and local business against predatory companies and that companies like Apple, Amazon, Google, and Facebook have been given a free pass for too long.