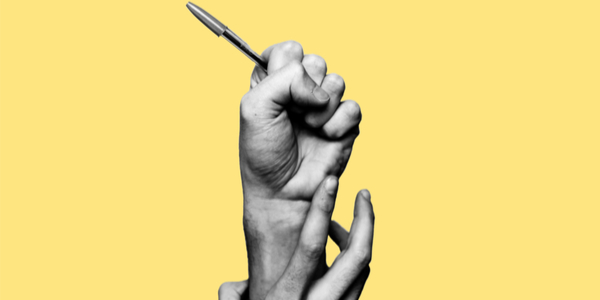 Our roundup of key news affecting authors. In this edition: What does it mean to be a full-time author, new proposed legislation in Missouri to censor public library materials, and more…

What Does It Mean to Be a Full-Time Author?
Janefriedman.com
“Established or not, most of us in creative fields put in as many hours as those with traditional day jobs—probably more—but how should these hours be spent? How should writers’ daily responsibilities change as their careers gain momentum?”

New Proposed Legislation in Missouri to Censor Public Library Materials
BookRiot
“Can a small group of people change an entire public library? If HB 2044 were to pass in Missouri, this could be a new reality, wherein censors will have the power to defund libraries based on their personal beliefs regarding materials in public library collections for minors.”

ALA Names Tracie D. Hall Executive Director
Publishers Weekly
“After a lengthy national search, the American Library Association today announced the appointment of Tracie D. Hall as its executive director, effective February 24, 2020. Hall will take over for Mary Ghikas, who is retiring. Hall is the first female African-American executive director in ALA history.”

Jason Reynolds Named National Ambassador for Young People’s Literature
Publishers Weekly
“In 2020, Jason Reynolds will add a huge new responsibility to his schedule: on Thursday he will be sworn in as the next National Ambassador for Young People’s Literature, taking the reins from Jacqueline Woodson, who has served in the post since 2018.”

Everyone Can Be a Book Reviewer. Should They Be?
Literary Hub
“‘Anyone can be a critic.’ It’s a common lament these days now that the book review landscape is changing. English professors and book reviewers in newspapers aren’t the only tastemakers in literary criticism anymore: Goodreads community members, anonymous or top reviewers on Amazon, and dedicated bloggers can, and do, produce discourse about books. But are they really critics? And should we take their work seriously?”

Print Unit Sales Fell 1.3% in 2019
Publishers Weekly
“After managing to eke out small annual gains over the past few years, unit sales of print books dipped 1.3% in 2019 compared to 2018 at outlets that report to NPD BookScan.”

‘American Dirt’ Is Proof the Publishing Industry Is Broken
The New York Times
“Imagine a publishing industry that dispensed with hit-making, that used the millions of dollars poured into ‘American Dirt’ to invest more into promoting a greater number and panoply of authors.”