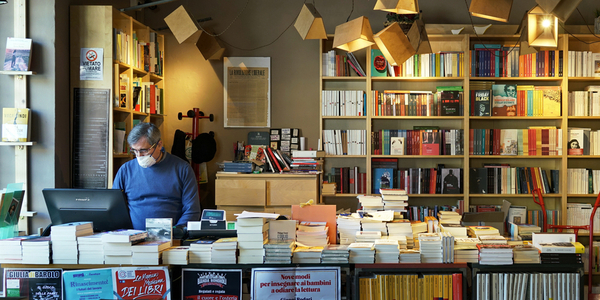 In this week’s issue: with the closure of BookExpo, Publishers Weekly steps in to fill the void by launching a new U.S. book trade fair; book sales ended up 8.9% higher in 2020 than the year before; Simon & Schuster cancels publication of Senator Josh Hawley’s book due to his role in fermenting chaos and refusing to accept the 2020 presidential election results; and more.

PW Launches New U.S. Book Trade Fair for May
Publishers Weekly
Publishers Weekly will launch a new American publishing trade fair. The U.S. Book Show will run virtually May 26-28 and will offer events and programming for the domestic and international publishing industry, including booksellers, librarians, publishers, and self-published authors.

Allegations of Wage Theft, Discrimination at Small Press Distribution
Publishers Weekly
Small Press Distribution, one of the nation’s oldest and largest distributors of independent publishers, is under fire in a widening dispute about labor conditions leading to a series of subsequent actions by current and former employees, including an open letter calling for the resignation of Executive Director Brent Cunningham.

Why on Earth Is Someone Stealing Unpublished Book Manuscripts?
The New York Times
A phishing scam with unclear motive or payoff is targeting authors, agents and editors big and small, baffling the publishing industry.

Surprise Ending for Publishers: In 2020, Business Was Good
The New York Times
“With people stuck at home and so many other activities shut down, a lot of reading — or at least a lot of book buying — happened this year.”

Are Book Business Diversity Efforts Starting to Kick In?
Publishers Weekly
“Publishers appear to have responded to calls last year to increase their diversity efforts as part of a national outcry for social justice reforms. Seventy-five percent of the 404 employees at publishing companies who responded to a PW survey on workplace and diversity changes said their company had increased their diversity programs in the last 12 months. “