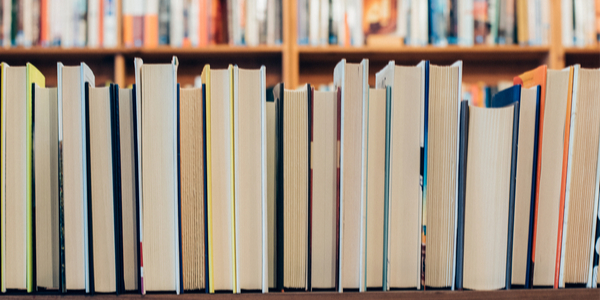 Our roundup of key news affecting authors. In this edition: Demand for anti-racist literature is up, a controversial open letter, and more…

Rowling, Rushdie and Atwood Warn Against ‘Intolerance’ in Open Letter
The Guardian
“JK Rowling, Salman Rushdie and Margaret Atwood are among the signatories to a controversial open letter warning that the spread of ‘censoriousness’ is leading to ‘an intolerance of opposing views’ and ‘a vogue for public shaming and ostracism.’”

Doubleday’s Nan A. Talese to Retire at End of 2020
Publishers Weekly
After more than 60 years in publishing, the industry titan and friend of the Authors Guild will retire at the end of this year. We congratulate her for all the great literature she has given the world, and wish her all the best for the next chapter.

Simon & Schuster Names Dana Canedy New Publisher
The New York Times
“Ms. Canedy, a former journalist at The New York Times and the administrator of the Pulitzer Prizes, will run the namesake imprint at one of the country’s largest book publishers.”

Demand for Anti-Racist Literature Is Up. These Black Bookstore Owners Hope It Lasts.
The Washington Post
“‘Since the protest started, we are seeing pretty overwhelming support from what, based on the reading list, appear to be well-intentioned white folks that are trying to educate themselves about race in America and anti-racism.’”

Trump Family Doubles Down, Urges Court to Block S&S from Publishing Mary Trump’s Tell-All
Publishers Weekly
“The release and reporting on the contents of the book makes granting the Trump family’s request to stop publication increasingly unlikely. The information in the book is no longer confidential, and courts generally do not issue injunctions, especially involving speech, that are obviously ineffective.”

With Stores Closed, Barnes & Noble Does Some Redecorating
The New York Times
“Retail locations shuttered during lockdowns, so the company spruced up hundreds of its stores as the first step in a bigger plan.”

While Offensive TV Shows Get Pulled, Problematic Books Are Still Inspiring Debate and Conversation
The Washington Post
“The great reckoning now sweeping across pop culture has been working through the stacks of literature for far longer. The effects of time are twofold: Most books have fallen into dust, along with the racist values they imbibed. And those few texts that survive have been subjected to rigorous—and ongoing—debate.”

Henry Martin, Wry New Yorker Cartoonist, Is Dead at 94
The New York Times
“He defined his artistic mission as finding humor in the mundane and everyday—and he found it for 35 years.”