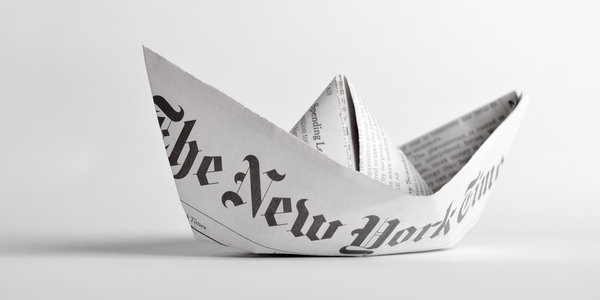 Our roundup of key news affecting authors. In this edition: Leadership changes in the publishing industry and more…

In Publishing, ‘Everything Is Up for Change’
The New York Times
“A wave of deaths and retirements prompted publishers to name new leaders. Now the industry is in a rare moment of transformation that promises to influence the books put out into the world.”

Dana Canedy, the New Head of Simon & Schuster, on Facts, Diversity, and the Future of Publishing
The New Yorker
“I think there’s a place for bringing in big-name authors but also emerging voices or unknown voices. That’s exciting. More diversity in subject matter—there’s always room for that, particularly now in this country.”

Books Impresario Lisa Lucas Named Publisher of Pantheon and Schocken Books
Los Angeles Times
“Lucas took the reins of the National Book Awards in 2016 and has been credited with revitalizing the foundation and its annual ceremony.”

OverDrive Adds Publishing and Library Industry Leaders to Board of Directors
The News-Herald
“OverDrive, the leading digital reading platform for libraries and schools, announced today that Milena Alberti-Perez and Sari Feldman have joined its Board of Directors. The addition of the two distinguished executives follows the completion of the acquisition of OverDrive by KKR from Rakuten.”

Top Experts: DOJ’s Bureau of Prison Blocking Michael Cohen Book About Trump Violates First Amendment
Just Security
After initial reports that Cohen was returning to prison for a home confinement violation, it has been reported that he was re-imprisoned for refusing to agree to not publish a book.

May Publishing Sales Fell 12.1%
Publishers Weekly
“In the trade segments, adult book gross sales fell 17.5%, but a 41.8% decline in returns kept the net sales loss to 11%.The May report did show the first big jump in e-book sales since the pandemic struck.”

Bari Weiss Quits New York Times Opinion, Alleging Hostile Work Environment
The Wall Street Journal
“Bari Weiss, a high-profile editor and writer for the New York Times opinion section, resigned Monday, citing what she said was unchecked bullying from colleagues and depicting the news organization as a place where the free exchange of ideas was no longer welcome.”