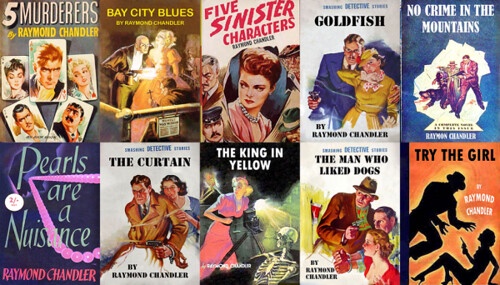 In this week’s edition, the ABA faces criticism for including a book critical of transgender people in a promotional packet; for the first time in the International Booker Prize’s history, the juror chair for the 2022 awards is a translator; to celebrate the 133rd anniversary of crime fiction master Raymond Chandler’s birth, a look back at his greatest lines; female independent authors can rejoice as Bloom Books, a new imprint, seeks to acquire titles from what it calls “entrepreneurial women writers”; and San Francisco’s public library system ranks number one among major international cities for lending more books per capita per year than any other.

Booksellers Denounce ABA Promotion of Anti-trans Book
Publishers Weekly
The American Booksellers Association faces withering criticism after including a promotional copy of Irreversible Damage: The Transgender Craze Seducing Our Daughters by Abigail Shrier in its July “white box” mailing sent to 750 bookstores. Psychology Today recently questioned the anti-trans book’s merit for “the inclusion of a controversial gender dysphoria theory and the author’s rejection of basic science.” The ABA issued an email apology saying that the book’s inclusion in the mailing “goes against ABA’s ends policies, values, and everything we believe and support. It is inexcusable,” but provided no details about how the book came to be included in the first place.

Revisiting Raymond Chandler’s Most Iconic Lines
Literary Hub
In honor of Raymond Chandler’s birthday (133 years ago), author Dan Sheehan shares some of the great mystery and crime novelist’s most compelling lines. This one from The Big Sleep perhaps captures his wry wit better than any other: “I been shaking two nickels together for a month, trying to get them to mate.

Which International City’s Public Library System Lends the Most Books?
Literary Hub
San Francisco tops the list of most books lent per capita per year, followed by Helsinki, Toronto, Zurich, and Toyko. New York placed sixth. However, when it comes to the total number of books lent per year, New York, not surprisingly, comes in third with 56.8 million books a year. Sounds like a lot until you note that Tokyo comes in first with 111.9 million, followed by Shanghai with 86.2 million books.