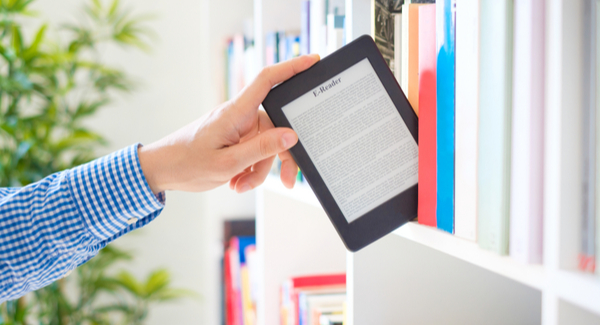 Our roundup of key news affecting authors. In this week’s edition: Why to consider establishing your own imprint, Quad and LSC call off merger, and more…

Why Self-Publishing Authors Should Consider Establishing Their Own Imprint
Jane Friedman
“It would be disingenuous for me to say that you must have a self-publishing imprint or that the name associated with the ISBN is important for sales success. Which is the right path for you and your book? It will depend on your long-term goals, but it is a decision you make once, and it cannot be changed without re-publishing your book.”

Barnes & Noble Says Lawsuits ‘Lack Merit’ as Shareholders File Against Sale
The Bookseller
“Shareholders have filed two lawsuits against Barnes & Noble in a legal row over the sale as the book retailer insists the complaints ‘lack merit.’”

Quad, LSC Call Off Merger
Publishers Weekly
“Quad and LSC Communications announced this morning that they have mutually agreed to call off the planned purchase of LSC by Quad. Announced last October, the deal would have united the country’s two largest printers. The purchase was scheduled to be completed this October, but in June, the Department of Justice sued to stop the merger.”

How to Help Combat Piracy in Publishing
Book Riot
“Finally, awareness is a really strong way to combat piracy. If we come across stolen books instead of focusing on ‘Oh, wow, a free book!’ we can change that thought to ‘Oh, wow, a writer is missing out on getting paid for their hard work and dedication.’ See how sad that just got? Book lovers should also love the writers of those books and support them in every way.”

Got Writer’s Block? Read This Poem
Literary Hub
“‘To R.B.’ is both a lament and apology for Hopkins’s lack of inspiration and creation, but accumulates to the ironic conclusion that an explanation of writer’s block is itself a poem. Contemporary poets and writers might learn from Hopkins that the struggle to write is itself a form of creation—a lesson that might help all of us to keep going in the face of failure.”

PRH Publishes Gender Pay Gap Nine Months Early and Unveils Plans for Parental Leave
The Bookseller
“Penguin Random House has revealed its gender pay gap figures nine months early with a largely unchanged balance sheet but with a new initiative which sees all new parents at the company given the opportunity to take 12 months off from next year.”

After Tor Experiment, Macmillan Expands Embargo on Library Ebooks
Publishers Weekly
“Libraries are vital for promoting authors and their works, helping discovery of content that we would argue, yes, promotes sales beyond libraries. We want authors treated fairly. Librarians appreciate that changing business models with the coming of digital are a challenge for authors and, for that matter, publishers. But it is time for us not just to take a stand, but to ask our millions of readers to take a stand with us.”

ALA Statement on New Macmillan Library Lending Model
American Libraries Magazine
“The American Library Association (ALA) denounces the new library ebook lending model announced today by Macmillan Publishers. Under the new model, a library may purchase one copy upon release of a new title in ebook format, after which the publisher will impose an eight-week embargo on additional copies of that title sold to libraries.”