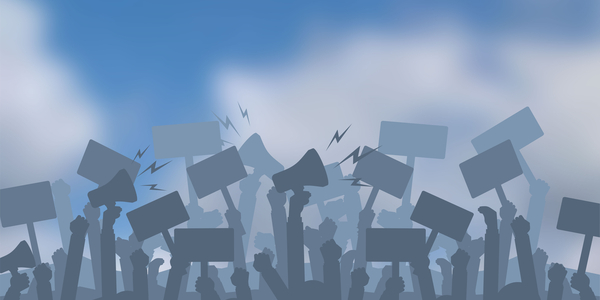 Our roundup of key news affecting authors. In this edition: Fall is jam-packed for publishers, bookstores show support for protests, and more.

Bookstores Show Support for Protests
Publishers Weekly
“Some stores are offering material support for the protests by opening their doors to provide safe haven or first aid; most store owners have asked for discretion, lest they become targeted for violence, looting or raids during the protests.”

Simon & Schuster Names Jonathan Karp C.E.O.
The New York Times
Succeeding the late Carolyn Reidy, Karp “will be charged with leading the company through a challenging period, as it remains up for sale during a pandemic.”

What Happens to Powell’s Books When You Can’t Browse the Aisles?
The New York Times
“The enormous independent bookstore in Portland, Ore., became an unlikely tourist attraction. Now that it’s shut, Emily Powell, the chief executive, is having to rethink the books business.”

‘Watership Down’ Author’s Estate Wins Back All Rights to Classic Novel
The Guardian
“The high court in London ruled on 27 May that Martin Rosen, the US director of the 1978 adaptation of Adams’s novel, had wrongly claimed that he owned all rights to the book, in which a group of rabbits fight to survive the destruction of their warren.”

Fall Is Now Jam-Packed for Book Publishers. That Could Be a Problem.
The New York Times
“As publishers scramble to limit the economic fallout and sales declines driven by the epidemic, hundreds of books that were scheduled to come out this spring and early summer have been postponed, in some cases until next year.”

Tesla’s Elon Musk Calls for Breakup of Amazon in Tweet
Reuters
Musk called for Amazon to be broken up “after an author complained on social media about being unable to self-publish a book” about COVID-19.